American adults could spend more time on mobile devices than watching TV for the first time in 2019, according to a recent eMarketer study. The firm also recently estimated that mobile ad spending in the U.S. will surpass TV ad spending by more than $6 billion this year, and that figure could surge to $113.2 billion by 2020, accounting for 43% of all media ad spending in the U.S. 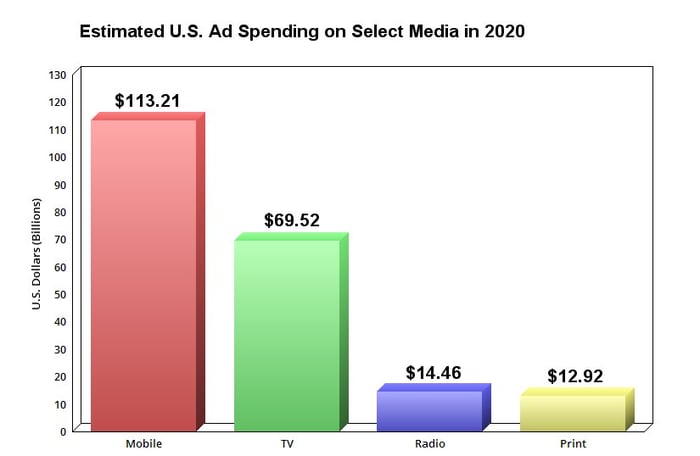 That would be great news for Facebook (NASDAQ:FB) and Alphabet (NASDAQ:GOOG) (NASDAQ:GOOGL) subsidiary Google, which together could control 55.9% of the U.S. digital ad market in 2020, according to eMarketer. Google doesn't disclose how much of its ad revenue comes from mobile ads, but Facebook reported that mobile ads accounted for 91% of its total advertising revenue last quarter.

Yet the growth of mobile ads could hurt traditional ad agencies like WPP, the global advertising giant that has struggled in the age of Google, Facebook, and other digital ad platforms. It could also spell trouble for traditional TV networks, which rely heavily on ad revenue and are already struggling with cord-cutting.