When it comes time to make a purchase, more people are turning to their trusty American Express (NYSE:AXP) cards.

The card company known for higher-spending customers reported that it earned $1.65 billion in the third quarter, a 22% increase over 2017, helped by rising spending volumes, loan growth, and slowing growth in loan provisions to cover bad loans. 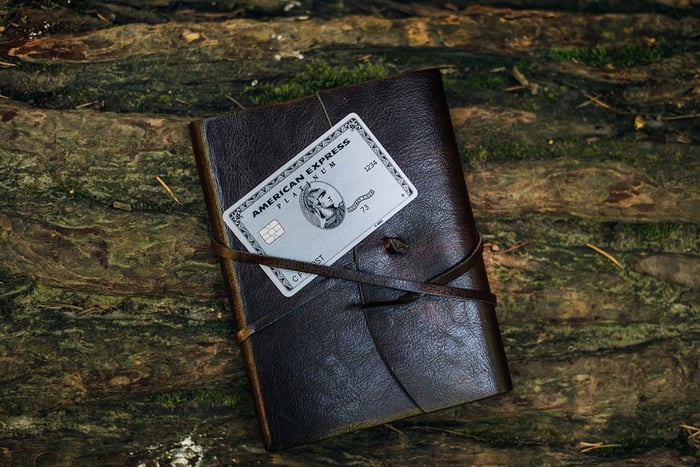 The table below shows a high-level view of American Express' financial results for the third quarter. Pre-tax income was included to show the change in the company's earnings power on a basis that isn't affected by the Tax Cut and Jobs Act, which significantly lowered its average tax rate in 2018.

What happened at American Express this quarter?

Results for the third quarter showed that American Express' performance in the first half of 2018 wasn't just an anomaly. The company continued to build on its progress, reporting growth in spending and lending while showcasing credit metrics that can only be described as the best among major card issuers.

American Express is optimistic about its ability to capture a greater share of its customers' financing needs. In response to an analyst's question, CFO Jeff Campbell pointed out that there are ample opportunities to grow its loan book with its existing customer base.

Referring to its U.S. consumer business, Campbell said that the company captures "roughly 50% of our customers' spending behaviors and only 25% of their borrowing behavior." Logic follows that American Express can drive loan growth by encouraging its card members to think about their cards not just as a way to spend, but also a way to carry balances. Importantly, the U.S. consumer business made up 32% of its billed business this quarter, so even modest gains in its share of customer borrowing activity move the needle.

American Express earns very attractive returns in lending, particularly since its customers tend to have above-average incomes and FICO scores, leading to lower credit losses across economic cycles. In the third quarter, net interest income, or interest income it earned minus interest paid on deposits and other borrowings, increased 17% to $1.96 billion.

American Express shareholders should be pleased with its ability to drive spending and lending volume. The company has come a long way since 2015, when it lost a key relationship with Costco. At the time, Costco cards were responsible for 10% of its cards in force and 20% of its total loans outstanding.