A group of McDonald's (NYSE:MCD) franchisees just agreed to form an association to stand up for their rights, which could suggest the burger chain is facing bumpy times.

The National Owners Association (NOA) says McDonald's franchisees have "witnessed the control shift from local to national in the last two years," and the latest attempt is the chain trying to take over menu pricing. McDonald's is scheduled to report third-quarter earnings on Oct. 23.  Does the fact that some franchisees feel less like owners and more like operators for the parent company portend a contentious time for the restaurant chain. 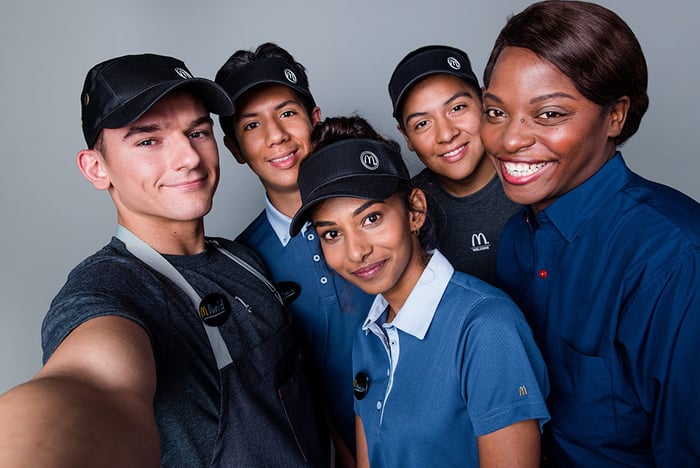 Growth is slowing at McDonald's, which reported second-quarter systemwide sales growth of 5% on a constant-currency basis, down from 8% a year ago, while U.S. comparable sales were up 2.6%, below the 3% analysts forecast and down from the near-4% gains in 2017. Traffic at U.S. restaurants also remains a problem.

Franchisees are chafing at the pace of change McDonald's is implementing, with changes including adding kiosks for touchscreen ordering and refrigerators for the fresh beef burgers that have been added to the menu to keep up with fast-casual chains and rivals like Wendy's (NASDAQ: WEN), which touts the fact that all of its burgers (not just some) are fresh.

The expansion of the dollar menu has also rankled, as it consists of low-margin items, but during the earnings conference call with analysts in July, McDonald's CEO Steve Easterbrook said the restaurant was plowing ahead with the effort. The chain isn't necessarily looking to win on the value end of the menu, he said, just remain competitive, though "we're gonna keep pushing on and competing hard."

As McDonald's has upgraded its restaurants with the Experience of the Future model, franchisee profits have suffered. Franchisee margin percentages for the second quarter and first six months of 2018 decreased as a result of higher depreciation costs related to the initiative.

In a blog post on the NOA's new website, Blake Casper, an owner-operator leading the franchisee association effort, wrote that he believes McDonald's is trying "to nationalize all aspects of our business....Our ability to price our menu boards may be one of the last controls we still have."

Other restaurant franchisees are also dissatisfied with how management of the parent company is running their business. The association for Jack in the Box (NASDAQ: JACK) franchisees just called on the board of directors to oust its CEO and change a number of other executives to help reverse the downward spiral the chain has been experiencing. Before that, Restaurant Brands International (NYSE: QSR) had to deal with dissatisfaction among its Tim Horton's franchisees.

The restaurant business has grown even more competitive, and while companies can implement changes, they can't always force their franchisees to follow suit. Yet the franchisees often feel pressure to fall in line, such as when McDonald's unilaterally raised the minimum hourly wage of employees at company-owned stores to $10. Franchisees didn't have to go along, as they're able to set their own wages, but they began to feel the heat from their local staff.

Because McDonald's owns relatively very few restaurants, it is able to implement policies quickly, but it's often a more cumbersome and expensive proposition for franchisees who have to pay for upgrades themselves, even if they do receive financial assistance from the parent. For example, McDonald's delayed introducing all-day breakfast for so long because franchisees balked at having to pay for the expensive new ovens that were needed.

Now the franchisees are organizing to push back. Obviously they will work with McDonald's management to achieve the best results for both sides, but when times get tough, you'll find those shouldering the costs of change will get more restive. The formation of a franchisees' association could be just one sign we'll see that growth at McDonald's is slowing more than many originally believed.

What Does McDonald's Franchisee Dissatisfaction Portend for the Company? @themotleyfool #stocks $MCD Next Article
Current