MoviePass parent Helios and Matheson Analytics (OTC:HMNY) is cleaning house. It plans to spin off the struggling MoviePass service and related assets as a stand-alone company, freeing Helios and Matheson to try to claw its way out of penny stock status with its remaining data analytics properties.

The new MoviePass Entertainment Holdings would include Helios and Matheson's 92% stake in the namesake movie service, which allows subscribers to see as many as three movies a month for one low price; acquired interests in finished movie projects via MoviePass Ventures; its MoviePass Films production arm; and Moviefone, the iconic film info service that it acquired in a $28 million stock deal back in April. Sadly for investors, all of Helios and Matheson is worth roughly what it paid for Moviefone just six months ago. 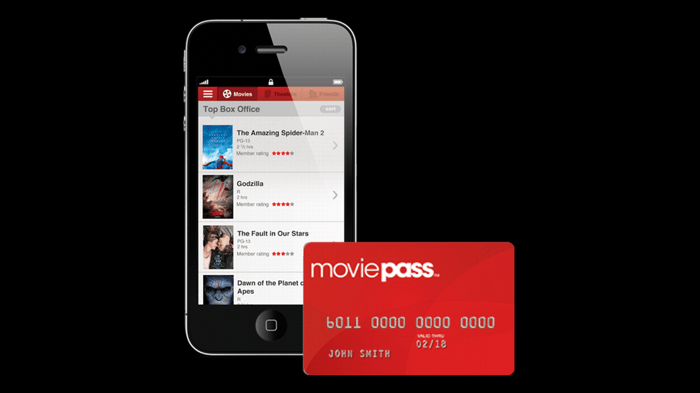 There's no point in staying together for the kids

Life's been rough for MoviePass in recent months, and Helios and Matheson is this year's worst-performing stock that hasn't gone to zero. The subscription service was all the rave last summer after MoviePass slashed its price to $9.95 a month. Members were allowed to see daily screenings of standard movies at most multiplexes, an insane value for consumers -- only because they were bleeding MoviePass dry. Subscribers peaked just north of 3 million this summer.

The model never made financial sense. MoviePass has to buy most of its movie tickets at retail prices, and its push to get major exhibitors to give it a cut of the box office or concession sales was shot down by theater owners that have always viewed the platform as more of a value-diminishing annoyance than a sales-boosting ally. MoviePass burned through a ton of dough, and as that started to run out, it began to clamp down on the service. Unlimited movies became three movies a month, and then those selections were limited to select films at select showtimes.

It certainly didn't help that rivals began to pick at those fleeing the S.S. MoviePass on lifeboats with their own platforms. Leading stateside theater chains have rolled out new multiplex subscription plans, carrying on the MoviePass revolution with sustainable models at the pioneer's expense.

The corporate split does make sense, giving at least one of the two segments a chance at skirting shareholder lawsuits, debt obligations, and inevitable bankruptcy reorganization. This isn't shaping up to be a Hollywood ending, but at least it does open the door for a sequel.