When the dust settles, MoviePass could have the data collection package it always wanted, or start planning a trip down the merger aisle with Verizon. 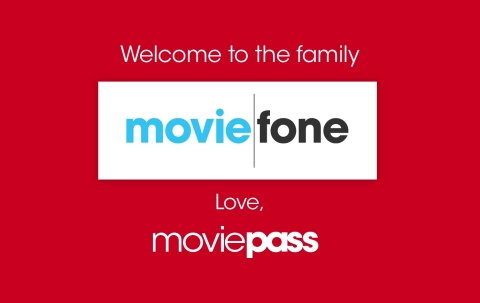 What MoviePass is getting

Through the MoviePass subscription service, moviegoers can attend as much as one movie per day at nearly any movie theater for prices as low as $7 per month. With more than 2 million Americans taking advantage of this deal, Helios and Matheson is currently losing money hand over fist on this arrangement. The company recorded $29 million of MoviePass costs in the third quarter of 2017, precariously balanced against just $1.2 million in top-line revenues.

In the long run, Helios and Matheson hopes to turn a profit by collecting detailed information about MoviePass customers' silver screen habits. Such information can be packaged and sold to both advertisers and studios, who hope to boost their own results based on cold, hard customer data. For example, Netflix (NFLX -1.78%) started running the numbers on its market-leading DVD rental service back in the day, giving the company a better handle on movie recommendations and DVD purchase budgets. These days, Netflix collects far more data about each streaming video subscriber and then uses that data to inform its in-house content production strategy. So yes, viewer data can be tremendously valuable.

Adding Moviefone to the MoviePass mix looks like a good idea. That service started with a dial-up showtime presentation way back in 1989. Moviefone moved online a few years later, became a part of AOL in 1999 in a $388 million deal, and started selling movie tickets along the way through various partnerships. So in this deal, MoviePass gets access to Moviefone's treasure trove of movie-goer data, grabs a well-known brand name with plenty of established apps and information portals, and gets ready to fold all of this into the MoviePass experience. Expect lots of cross-selling between the two assets.

Will this deal make a difference?

I would not be terribly surprised if Verizon took the next logical step, picking up the rest of Helios and Matheson to fold the whole shebang back into its Oath-branded online services division. The smaller company is light on cash reserves while staring down negative cash flows that only grow scarier as the MoviePass services scale up. All of this would be a drop in the bucket for mighty Verizon, giving MoviePass a chance to survive this cash-intensive growth spurt and perhaps becoming a real household name somewhere down the line.

In the meantime, I'll continue to enjoy the MoviePass service while it's around. Let's just say I haven't invested in a 12-month pass yet, because MoviePass might not be around for that long. Here's hoping that Moviefone and/or Verizon can help it thrive for the long run, giving cord-cutters a familiar way to enjoy the local 24-screen cineplex.