Biogen (NASDAQ:BIIB) put up solid double-digit revenue growth in the second quarter, with earnings growing even faster. But investors rightfully continue to worry about the future when year-over-year comparisons for its current growth driver, recently launched Spinraza, start to get tougher. 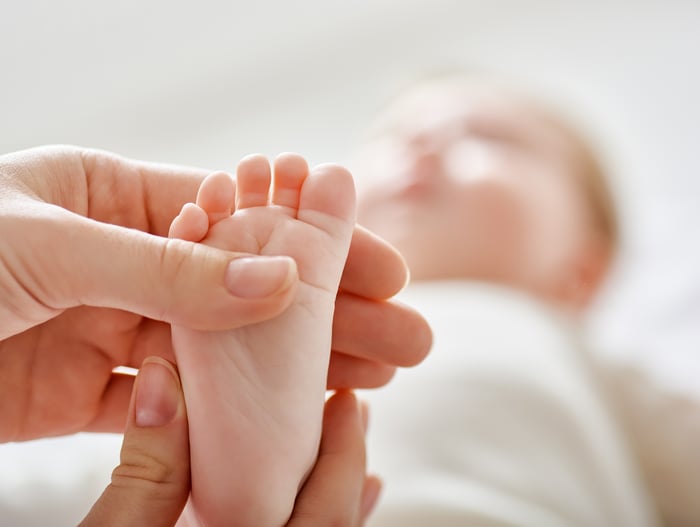 While sales of Spinraza continue to climb, it appears there are plenty of patients still left to capture, according to Biogen CFO Jeffrey Capello:

As a reminder, our data indicate that approximately 5% of the prevalent estimated population are infants, 35% are pediatric patients and 60% are adults, highlighting the large number of untreated adult patients that we believe could benefit from Spinraza.

Roche and PTC Therapeutics (NASDAQ:PTCT) have a competing SMA drug, risdiplam, which posted promising data in June, but Michael Ehlers, Biogen's executive vice president, research and development, pointed out that Spinraza has a solid head start:

We follow other programs and experimental therapeutics in development. We are aware of the data that Roche and PTC have presented around their oral compound. We know that the field is very interested in the long term safety and tolerability of that compound as are we. I would say that our -- the most recent NURTURE data that I mentioned really highlights the compelling efficacy profile of Spinraza. And when we look across just the clinical experience today, I would remind that while we're very interested in -- I think, it's roughly 21 Type 1, 35 Type 2, Type 3 patients in the Roche/PTC study. We had nearly 6,000 patients for close to -- up to six years, in some instances, of patients on Spinraza. So we have the largest body of clinical evidence for any SMA therapy.

Biogen has quite a few drugs in the pipeline -- 15 new clinical programs have been added since the beginning of 2017 -- many of which could be the next Spinraza, driving growth in the years ahead. But Biogen's biggest opportunity is clearly in Alzheimer's disease, given the unmet need and growing elderly population.

While the phase 3 data for aducanumab won't be available for a while, investors will get data tomorrow on Friday from the clinical trials on Alzheimer's disease conference where Biogen and its partner Eisai will present early-stage data on aducanumab as well as BAN2401 and elenbecestat, two additional Alzheimer's disease drugs that are in phase 2 development.