Despite the negative sentiment currently surrounding its stock, Electronic Arts (NASDAQ:EA) is coming into its second-quarter earnings report with momentum following a strong launch for Madden NFL 19 -- one of the company's flagship franchises. This sets the company up for further momentum in esports and in-game spending for live services, such as the Ultimate Team digital card game found in Madden NFL 19 and FIFA 19.

Here's a review of key areas to watch when EA reports second-quarter results on Oct. 30. 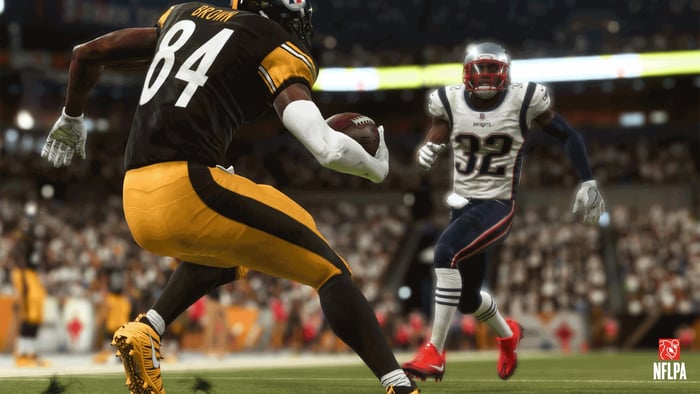 Expect EA to report big sales numbers for the new Madden NFL 19. NPD Group, which tracks video game sales, reported that Madden 19 was the top-selling game in the industry in the month of August. This is very encouraging for EA in that August was a particularly strong month for game sales, with total video game spending across the industry up 26% year over year.

What's more, NPD Group reported that Madden had its strongest sales month in six years. In just one month of sales, Madden 19 sold enough copies to place it at No. 4 in video game sales year to date. After launch day, EA reported that "fans are going mad for Madden" as all-time sales for the franchise surpassed 130 million copies sold.

With Madden poised to have a strong quarter, investors should expect an equally strong launch for FIFA 19, which is EA's most popular sports title and one of the best-selling in the industry. The FIFA franchise has made up about 11% of total revenue over the last three fiscal years.

One thing to watch with FIFA is how well the mobile version is performing in China. EA partnered with Chinese social-media giant Tencent Holdings to launch FIFA Mobile in the first quarter. CEO Andrew Wilson said it was EA's "strongest-ever launch in the Chinese market, reaching No. 1 on the top downloads chart for iOS in China and showing best-in-class engagement on [Tencent's] WeChat platform."

The early indicators suggest EA has a long-term winner on its hands with FIFA Mobile. Mobile is an area where EA could really use a boost; mobile revenue growth was only 3% year over year in the recent quarter.

Lastly, keep an eye on live services revenue, which grew 7% year over year in the first quarter, but is up 27% to $2.2 billion on a trailing-12-month basis. That's 46% of EA's net revenue, and as you can tell by the growth rate, this is a very important driver to the company's growth. Live services revenue includes subscriptions to EA Access and Origin Access, extra content, microtransactions, and esports revenue.

EA is currently trying to turn its Origin and EA Access subscription services into the Netflix of gaming. EA recently launched a new premium Origin subscription service on PC, which could bring a boost to live services spending. In the previous quarter, management explained that players in Origin play for twice as long and play more games. That, in turn, leads players to spend twice as much money on games offered in Origin, as compared to games purchased outside the service.

Seeing these trends, EA recently decided to include flagship titles in the new Origin service, including the new Madden 19, FIFA 19, and the upcoming Battlefield V. This should grow engagement in these titles, and potentially sets up EA to have a better-than-expected performance in live services in the coming quarters.

Management expects adjusted net revenue to be slightly down year over year to $1.16 billion. But keep in mind: EA is usually conservative with its guidance. Based on the strong start for Madden 19, don't be surprised if EA reports better-than-expected growth. On that point, Wall Street analysts are already anticipating non-GAAP revenue to be $1.18 billion, or slightly better than management's guidance.

Investors will get a look at whether EA's top sports titles can carry the day when Electronic Arts reports its second-quarter results on Tuesday, Oct. 30, after market close.