Please ensure Javascript is enabled for purposes of website accessibility
Log In Help Join The Motley Fool
Free Article Join Over 1 Million Premium Members And Get More In-Depth Stock Guidance and Research
By John Bromels - Oct 28, 2018 at 11:36AM

The two biggest trash haulers in the country outperformed their earnings expectations. Here's why.

Investing guru Peter Lynch encouraged investors to look into disgusting companies. After all, he reasoned, if just thinking about the business makes you queasy, most investors won't want to pay attention to the company. By going where others won't, you may be able to pick up a bargain.

Well, what's more disgusting than trash? (Don't answer that; it was a rhetorical question)

This could be a buying opportunity. Let's dig into the results to find out. 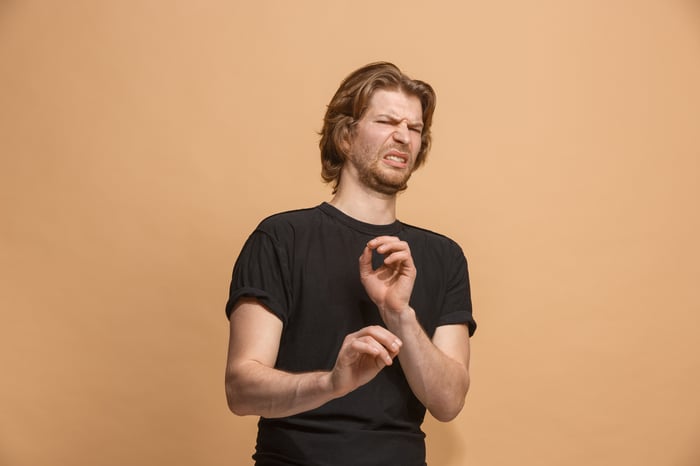 As you can guess, people keep throwing things away, and Waste Management and Republic Services (the largest and second-largest waste haulers in North America, respectively) aren't hurting for business. Both companies saw revenue, earnings, and free cash flow increase over their year-ago quarters.

For Republic, the top-line revenue increase was minuscule (about two-tenths of 1%). But the company managed to increase its adjusted earnings and free cash flow thanks to the effects of tax law changes. The company's EBITDA, a metric that doesn't include taxes, was actually down quarter over quarter, thanks in large part to some restructuring charges.

Waste Management was in a nearly identical situation: it saw a modest revenue increase coupled with significantly higher earnings fueled by tax law changes, although in Waste Management's case, EBITDA rose by a modest 3.4%. Given these positive numbers, it may seem surprising that year-over-year free cash flow declined, but the company explained that this was due to increased capital spending for fleet and disposal network upgrades.

So each company received an outsize benefit to its bottom line thanks to tax law changes. But operationally both companies are sound, although Waste Management seems to have had the better quarter.

For a trash hauler, volume is one of the most important metrics: the more trash handled by the company, the more revenue it can bring in. Waste Management's volumes (companywide) increased by 4.4% over the year-ago quarter, which is impressive considering that the company's volumes benefited from hurricane-related cleanup in Q3 and Q4 2017. Republic Services, on the other hand, didn't fare quite so well by this metric, again thanks to strong storm-related volumes in the year-ago quarter. Excluding this and other "special items," though, Republic reported that volumes increased by 1% year over year.

Republic Services reported that its recycling business was responsible for headwinds of $0.08/share, with an expected -$0.30/share impact on EPS for the year, thanks to recycling commodity price declines of about 37% (ouch!). Waste Management reported that its recycling commodity prices also collapsed, and were about 47% lower than in Q3 2017 (double ouch!). It reported a $0.04/share headwind as a result, with full-year impact landing at an expected -$0.17/share to -$0.20/share.

Both companies are attempting to shore up their recycling divisions by passing costs along to customers. On the quarterly earnings call, Waste Management COO James Trevathan described how the company was in the process of rewriting contracts as they renew to indicate that the company will recover processing costs before paying any rebates. Because recycling contamination -- nonrecyclable items being included with recyclables -- has been a major issue for the company, Waste Management is working on passing the cost of excess contamination back to customers through a new "contamination fee." Meanwhile, Republic Services has been taking similar steps to shore up its recycling division, including tacking on a processing fee to partially offset declines in recycling commodity prices.

All in all, these were respectable if unexciting quarters for these companies...which is pretty much what investors should be hoping for (we're all in trouble if the solid waste business starts to get "exciting"). But is "respectable but unexciting" worth buying?

Neither company is giving 2019 guidance, but as Republic Services' management noted in its earnings call, we're about to hit the first anniversary of lower recycling commodity prices, so any benefits from the companies' moves to revamp their recycling contracts will start showing up in year-over-year comparisons in 2019. However, the benefits of the new tax law will also hit their first anniversary soon, which means those double-digit year-over-year benefits to earnings will also go away in 2019.

But both businesses seem to be solidly executing their strategies, growing volumes, and keeping customer churn low. Their P/E ratios are within a few tenths of a point of one another (17.0 for Republic and 16.8 for Waste Management), and are well below historical averages. If you can stomach the thought of trash in your portfolio, both companies are good bets to outperform.