Activity is picking up at Grupo Aeroportuario del Pacifico SAB de CV (NYSE:PAC) as the Mexican airport operator heads into the homestretch of the 2018 fiscal year. GAP, as the company refers to itself, revealed healthy financial and operating numbers in its third-quarter results released on Oct. 25.

Current brisk business will be undergirded with network expansion in the fourth quarter, alongside preparations for the takeover of a new international airport next year. Before walking through the highlights, let's review the quarter's headline numbers: 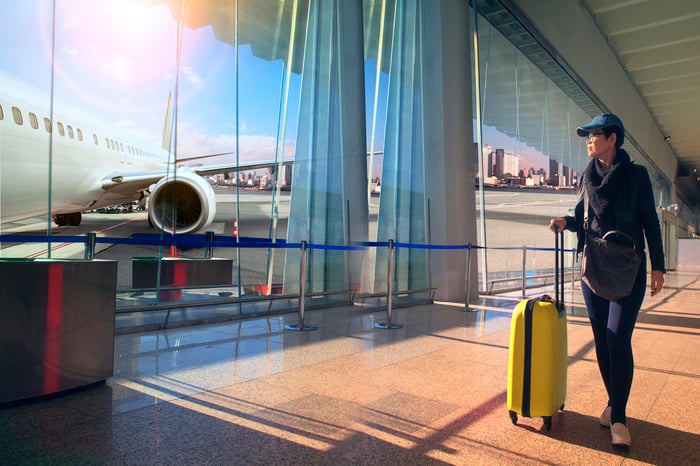 Company management left current-year guidance unchanged after bumping up GAP's earnings outlook last quarter. The targets, in a range of plus or minus 1 percentage point, include both aeronautical and nonaeronautical revenue growth of at least 15%, and full-year EBITDA margin of approximately 69%.

Through the first nine months of 2018, aeronautical revenue has expanded 14.6%. Nonaeronautical revenue, however, has improved by only 11%, and will need a strong fourth quarter to boost its full-year total by at least 3 percentage points to meet the plus/minus range of stated guidance. GAP has generated EBITDA margin (excluding the IFRS concessions adjustment) of 69.9% through the first three quarters, so with one quarter to go, profitability is already squarely within management's projections.