It's fair to say that Hexo Corp.'s (NYSE:HEXO) fiscal year 2019, which started on Aug. 1, is already the most exciting year ever for the Canadian marijuana grower. Hexo landed a major partnership with Molson Coors Brewing (NYSE:TAP). The company changed its name from Hydropothecary to Hexo. And it began shipping products to serve Canada's recreational marijuana market.

But fiscal 2018 provided really good things for Hexo as well. The company announced its fiscal 2018 full-year and fourth-quarter results on Oct. 26. Here are the highlights from Hexo's update. (All figures are in Canadian dollars.) 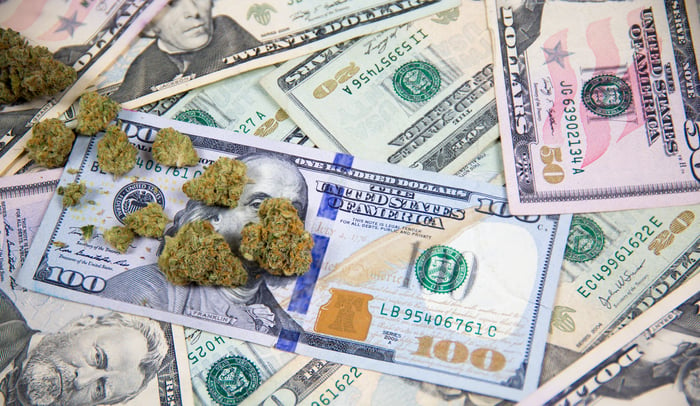 What happened with Hexo this quarter?

The huge jump in revenue for Hexo during the fiscal 2018 fourth quarter stemmed in large part from increased Elixir cannabis oils and H2 cannabis buds sales. Elixir was introduced late in the fourth quarter of fiscal 2017, so the prior-year period didn't include a full quarter of sales for the product.

This increase in Elixir sales was particularly important in Hexo's soaring revenue. Cannabis oils generate greater revenue than dried flower does. Hexo reported that its revenue per gram equivalent increased to CA$9.26 from CA$9 in the prior-year period, primarily as a result of higher Elixir sales.

Hexo's bottom line worsened considerably compared to the fourth quarter in fiscal 2017. The company's spending increased greatly across the board. There was a good reason for the higher expenses, though: Hexo scrambled to ramp up its operations ahead of the opening of the Canadian recreational marijuana market on Oct. 17, 2018. In addition, the company moved its stock listing to the Toronto Stock Exchange (TSX) from the TSX Venture Exchange, which resulted in higher consulting and professional fees associated with the increased financial reporting and regulatory requirements.

The past quarter has signified many milestones for Hexo Corp as we moved toward final preparations for the adult-use cannabis market. With two additional supply deals, this time in Ontario and in British Columbia, the establishment of a joint venture with Molson Coors Canada to develop cannabis-infused non-alcoholic beverages, a first step toward going global, and more, I'm extremely proud of the speed at which we continue to execute on our strategic priorities.

All eyes now are on how Hexo fares in the Canadian recreational marijuana market. The company's home province of Quebec will be key since Hexo scored a massive supply agreement there that gives it a market share of 35%.

An important component to Hexo achieving success in the recreational market is its capacity expansion. The company anticipates completion of its 1-million-square-foot greenhouse in December 2018. This added capacity should help boost Hexo's revenue considerably into the second half of fiscal 2019.

Over the longer run, investors will definitely want to watch how Hexo's relationship with Molson Coors progresses. The two companies' partnership, announced in August, led to the formation earlier in October of a joint venture called Truss. This joint venture plans to develop nonalcoholic, cannabis-infused beverages for the Canadian market once regulations are finalized.