The Latin American e-commerce leader has faced challenges this year. Are they growing pains or signs of a bigger problem?

For investors in MercadoLibre (MELI 3.78%), 2018 has been something of a roller coaster ride. After hitting all-time highs in early March, the company has faced a series of difficulties that caused the stock to lose nearly a third of its value. Most recently, soaring postal rates, an accounting change, and a truckers' strike all conspired to sink the stock, as investors fled the growing uncertainty. 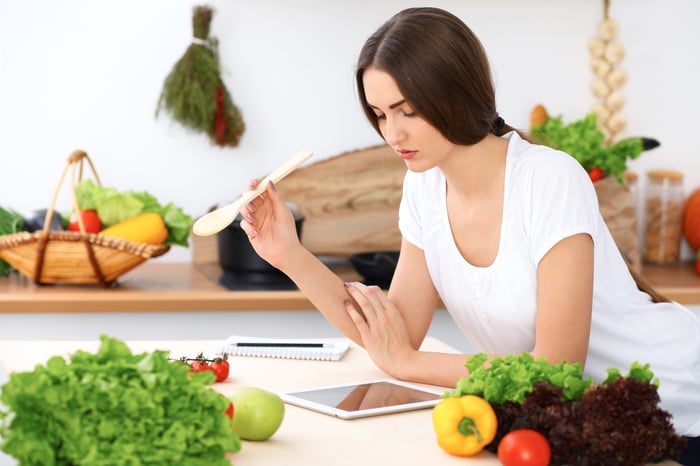 Things weren't as bad as they looked

For the second quarter, MercadoLibre reported revenue of $335.4 million, up 18% year over year, and missing analysts' consensus estimates. The bottom line was even worse, with a loss per share of $0.25, down from a $0.12 gain in the prior-year quarter, and also missing expectations.

On the face, those numbers seem to spell trouble for the digital sales platform, but things weren't what they seemed. A review of several operational metrics puts the results in a somewhat different light. The platform's registered users grew by 23% year over year, items sold climbed by 39%, and payment transactions jumped 64%. While those metrics seem to be at odds with the top and bottom lines, a series of events explains most of the discrepancy.

The quarter was rife with challenges, not the least of which was a recent accounting change (ASC 606). The new rules require that MercadoLibre subtract shipping subsidies from the numbers reported for revenue and cost of goods sold -- something the company never did before. It's important to note that this change had no impact on MercadoLibre's results, merely how they were reported. Adjusting for the impact of that change would have resulted in revenue of $432 million, an increase of 36% year over year, in line with the company's recent growth trajectory.

A significant rate hike by the Brazilian postal service that happened during the quarter and a 10-day truckers' strike that brought deliveries to a standstill in the country hammered the company's bottom line. MercadoLibre didn't have time during the quarter to transition its freight to other carriers, thereby mitigating some of the additional shipping expense, though it has since been working to do so. Additionally, the truckers' strike has been resolved and shipments have resumed.

The company has been instituting free or reduced-price shipping to its largest markets, following in the footsteps of Amazon.com (AMZN 2.28%). MercadoLibre has shared much of the additional cost with its merchants, as the company doesn't sell any of its own goods on its platform. While that is a key part of the company's strategy going forward, the transition to this new model is giving the Latin American e-commerce leader growing pains.

MercadoLibre doesn't provide quarterly guidance, but we can look to analysts' expectations to get a feeling for what investors are anticipating. For the third quarter, analysts' consensus estimates call for revenue of $357.6 million, a decline of 3.5% year over year, and earnings per share of $0.05, down 92% from the prior-year quarter.

Given the challenges MercadoLibre faced last quarter, it isn't surprising that uncertainty has been weighing on the company. Still, some of those issues will be short-lived. And for investors with a sufficiently long-term horizon, the recent stock price may seem like a bargain in years to come.

Is MercadoLibre Stock a Buy Now?
357%