Apple (NASDAQ:AAPL) just finished its October event, cementing its product lineup as the company heads into the all-important holiday shopping season. The Mac maker had unveiled new iPhones and a new Apple Watch last month, and has now shown off a new MacBook Air, Mac Mini, and iPad Pro. Those Macs have been the most neglected in recent years, putting them in dire need of updates. That's especially true for the MacBook Air, which has long been one of the most popular and iconic laptops in the industry.

Here's everything Apple showed off this morning.

Apple has redesigned the MacBook Air, finally including a 13.3-inch high-resolution Retina display in the laptop and completing its transition to those displays that it started six years ago. The outgoing Air's display hasn't been competitive for years, as Windows PC makers started shifting to higher-resolution displays long ago. The overall design remains familiar, but Apple is expectedly moving to USB-C ports and its butterfly mechanism keyboard.

After first bringing Touch ID to the MacBook Pro a couple years ago, Apple is now adding its fingerprint recognition system to the MacBook Air. The big difference is there is no Touch Bar, which has proven to be a rather controversial feature, particularly among professional users. Like all recent Macs, the new laptop includes Apple's custom T2 security chip. The new MacBook Air starts at $1,199, and Apple will still sell the old model for $999. 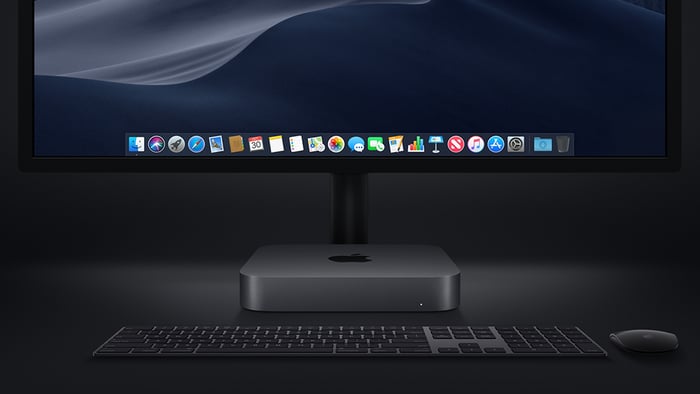 The new Mac Mini looks identical to its predecessor, but gets some desperately needed internal updates including quad- and six-core processors from Intel and all-flash storage. Pretty much all of the changes are internal, including a new thermal system. The diminutive desktop now starts at $799, up from $499. Apple noted that the new Mac Mini could cater to some professional use cases -- it can be maxed out at a whopping $4,199 with all the bells and whistles.

It was always inevitable that Apple would bring the iPhone X's edge-to-edge display and TrueDepth camera to the iPad Pro. OLED displays are still prohibitively expensive to include on a tablet this large, so Apple is using much of the same Liquid Retina LCD display technology found in the iPhone XR. The new iPad Pros come in 11-inch and 12.9-inch configurations and have been completely redesigned. Unlike in iPhones, there is no notch. The TrueDepth camera system is embedded into the smaller bezels, and Face ID will work in both landscape and portrait mode. 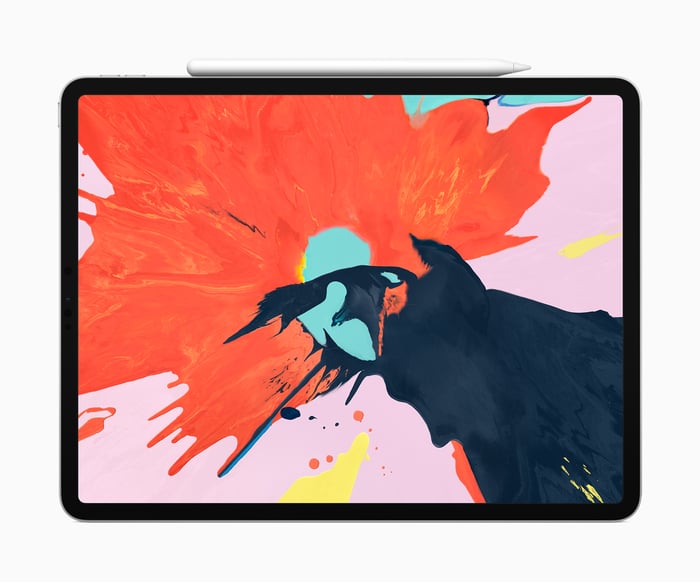 Apple has opted to use USB-C instead of its proprietary Lightning connector in the device, a wise decision since Apple overtly positions the iPad Pro as a professional device and many pros rely heavily on USB-C accessories in their workflow. Besides, Apple has received enough criticism for forcing a plethora of dongles on its user base. The company also updated its Smart Keyboard and Apple Pencil accessories, with the latter borrowing a page out of Microsoft's Surface playbook and magnetically snapping to the side of the tablet, where it charges wirelessly. (Surface Pen doesn't charge but instead uses replaceable batteries.) The second-generation Apple Pencil is similarly getting a price bump to $129, up from $99.

The 11-inch iPad Pro starts at $799, with the larger 12.9-inch version starting at $999. The previous generation 10.5-inch iPad Pro with Touch ID will remain in the lineup at $649. All of the products that were shown off today can be ordered immediately and will ship on Nov. 7.