Westinghouse Air Brake Technologies Corp. (NYSE:WAB), or Wabtec, continues to benefit from improving market conditions in the rail sector, which drove strong revenue and earnings growth in the third quarter. That kept the company on track to achieve its full-year earnings forecast while enabling it to boost its outlook for revenue. The company also remained on track to close its merger with GE's (NYSE:GE) transportation unit by early next year, which should accelerate growth. 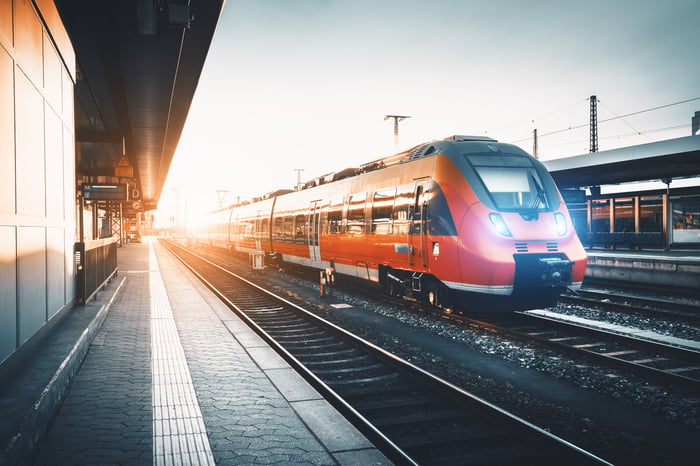 With a solid backlog and positive trends in our markets, we expect to finish the year with a strong fourth quarter, both in earnings and cash flow, to position the company for growth in 2019. Our freight business continues to show strong growth in revenues and income from operations, with good market indicators for the foreseeable future. In transit, we have a near-record backlog and strong bidding activity, as we take actions to drive sustainable profitability improvements in the business. We are making progress toward combining with GE Transportation and are excited about our strategic opportunities to accelerate innovation for our customers, while delivering improved earnings, margins and cash flow for our shareholders.

Wabtec continues to benefit from an improving rail market, which is driving strong demand for products and services in both its transit and freight groups. That growth appears poised to continue given the orders the company has already secured, as well as what it sees coming down the pipeline. Add to that the company's pending merger with GE Transportation and Wabtec appears poised to continue delivering strong results in 2019.

Wabtec's strong results through the third quarter now have the company on pace to generate $4.35 billion in revenue for the full year, up from the $4.2 billion it projected last quarter. Meanwhile, the company remains on pace to achieve its full-year earnings forecast of $3.85 per share.

The company also noted that it expects to complete its acquisition of GE Transportation by early 2019. However, it could close the deal sooner if it can satisfy the closing conditions faster than currently anticipated. If the deal closes by year-end, it would provide a further boost to Wabtec's 2018 results.