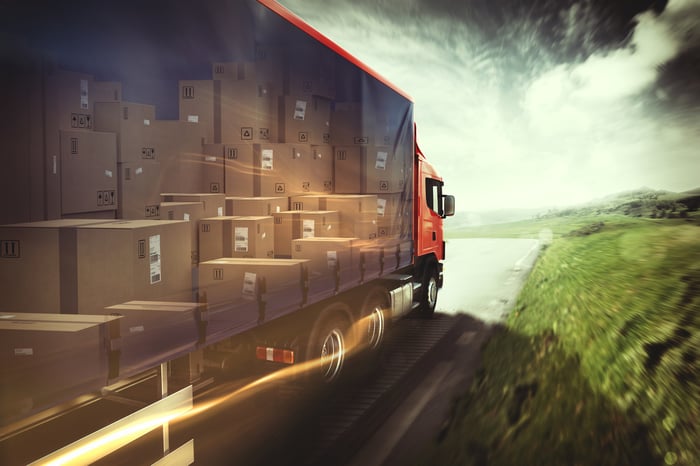 Our strong third quarter financial performance reflects great execution by the employees across our global network. We delivered another quarter of double-digit increases in both net revenue and operating income and a 270 basis point increase in operating income margin. Truckload volume trends improved sequentially, and we delivered volume growth in many of our other service lines. ... Our strong operating income performance, combined with improved working capital and the benefits of U.S. tax reform, enabled us to generate significant increases in cash flow from operations and cash returns to shareholders in the quarter.

C.H. Robinson Worldwide generated $220.4 million in operating cash during the third quarter, which accounted for 42% of its year-to-date operating cash flow total.

As for the specific cash returns to shareholders Wiehoff mentions, through the first three quarters of 2018, the company has issued $195.2 million in dividend checks to shareholders and repurchased approximately $223 million worth of its own shares.

C.H. Robinson's executives typically don't provide quarterly earnings guidance. However, in the organization's third-quarter earnings slide presentation, management pointed to business conditions shareholders should note heading into the fourth quarter. These include the continuation of an environment of increased costs and higher pricing in comparison to last year, cautiousness around escalating tariff activity, and additional investment in areas which pressure near-term margin (e.g., increased headcount) while providing for longer-term value creation.