Please ensure Javascript is enabled for purposes of website accessibility
Log In Help Join The Motley Fool
Free Article Join Over 1 Million Premium Members And Get More In-Depth Stock Guidance and Research
By Leo Sun – Nov 3, 2018 at 9:00AM

The Japanese conglomerate’s strengths continue to outweigh its weaknesses.

For the full year, Sony expects its revenue to rise 1%, its operating income to grow 30%, and its net income to improve 41%. Those figures were much higher than its forecast during the first quarter, which expected less than 1% sales growth, a 9% drop in operating income, and just 2% growth in net income. 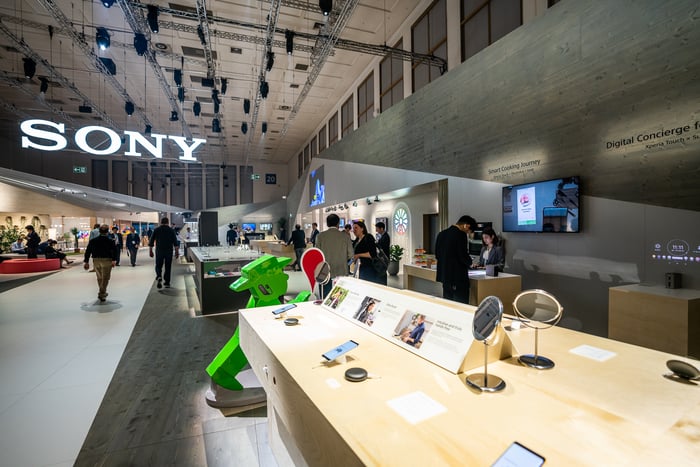 Let's dig deeper into Sony's earnings report to see if investors should still buy this stock following its 25% rally over the past 12 months.

Out of these four businesses, the G&NS unit matters the most since it generated 25% of Sony's sales and 38% of its operating income. Sony mainly attributed that growth to stronger software sales, especially on PS Plus.

However, Sony's gaming unit notably grew at a slower pace than Microsoft's (MSFT -1.48%) gaming unit, which posted 44% annual growth last quarter on robust software and hardware sales. Yet Sony remains the king of the console market -- the company has sold 84 million PS4s worldwide compared to 39 million Xbox ones, according to Vgchartz.

The Semiconductors unit, which generated 12% of Sony's sales and 20% of its operating income, posted top line growth on higher sales of image sensors for mobile devices, but struggled against the same headwinds -- higher capex and lower margins -- that are hurting chipmakers worldwide.

The IP&S segment, which accounted for 8% of Sony's sales and 9% of its operating income, attributed its slight growth to higher sales of value-added products (like interchangeable lenses and mirrorless cameras) offsetting lower sales of digital cameras. 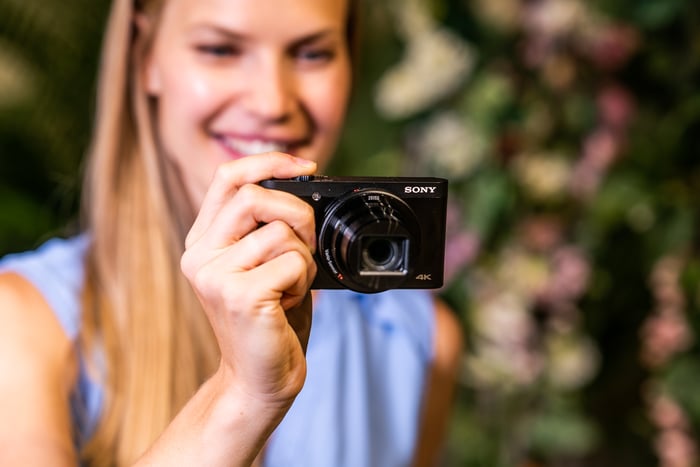 The Financial Services unit, which accounted for 16% of both Sony's sales and operating income, benefited from improvements in its investments and higher policies at its life insurance unit, Sony Life.

The Music unit, which accounted for 9% of Sony's sales and 13% of its operating income, benefited from higher demand for streaming services and the sale of its stake in Spotify. However, a shift to a new accounting standard throttled its year-over-year growth on a reported basis. Looking ahead, Sony's full takeover of EMI Music should strengthen the unit.

The Pictures segment, which generated 11% of Sony's sales and 10% of its operating income, saw softer film revenue offset higher revenue from its TV and media networks business. The unit's big jump in operating profits was mostly attributed to its shift to a new accounting standard.

So is Sony worth buying?

Sony has a complex business, but the company is mainly raising its full-year forecasts on two tailwinds: the strength of its gaming business and its consolidation of EMI Music. Sony's forward P/E of 13 looks cheap relative to its earnings growth potential, and it pays a forward dividend yield of 0.5%. Sony still faces some tough headwinds -- especially in the saturated TV and smartphone markets -- but I think its strengths will offset its weaknesses for the foreseeable future.