Please ensure Javascript is enabled for purposes of website accessibility
Log In Help Join The Motley Fool
Free Article Join Over 1 Million Premium Members And Get More In-Depth Stock Guidance and Research
By Tyler Crowe – Nov 4, 2018 at 11:50AM

The company's earnings report shows that shale is becoming increasingly important to the company's future.

With each passing quarter, Chevron (CVX 1.05%) continues to benefit from, and become more dependent upon, its booming shale-drilling business in the Permian Basin. The company is getting much better results than expected from its drilling program there and is generating lots of excess cash flow to reward investors with share repurchases and dividends.

What's even more fascinating about Chevron's strategic plan is that it's also selling assets and keeping capital spending at incredibly low levels. Is the company banking its entire future on shale, or are there other plans in the works? Let's take a look at Chevron's most recent earnings results and see what management was up to this past quarter. 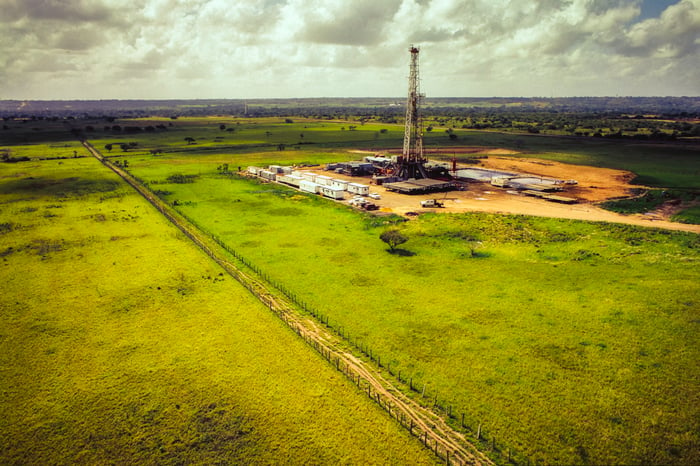 Chevron's exploration and production business continues to be the driving force for the company's earnings results, as the company generated more than 83% of its earnings from production. The one thing that stands out in these numbers more than anything else is the decline in international downstream operations, as its earnings were down close to 50% from last year. That's because the company benefited from the sale of its Canadian refining assets this time last year. Chevron also netted a one-time gain of $350 million on the sale of its southern Africa refining, marketing, and lubricant business. 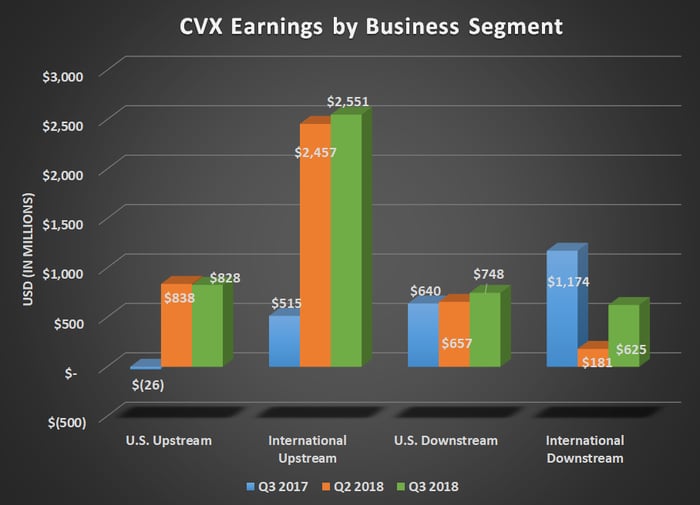 On Chevron's conference call, CFO Patricia Yarrington gave guidance for the year that indicates production will continue to grow in the fourth quarter and boost its yearly totals:

Excluding the impact of asset sales, production growth is currently at 6% relative to full-year 2017 and we expect to end the year closer to a 7% year-on-year increase. Our Permian assets are performing well ahead of guidance.

Also, as part of her concluding remarks, Yarrington laid out what management sees as its value proposition to investors today:

We've had a very solid operating and financial performance so far in 2018, and we expect that performance to continue. We're seeing significant growth in cash generation due to the above-planned production growth, continuing capital and operating expense discipline, and favorable market conditions. As a result, we've been able to grow shareholder distributions and strengthen our balance sheet. We believe that Chevron offers a very attractive offering for investors with oil price levered momentum in the upcycle and low-cost portfolio resilience in the downcycle. 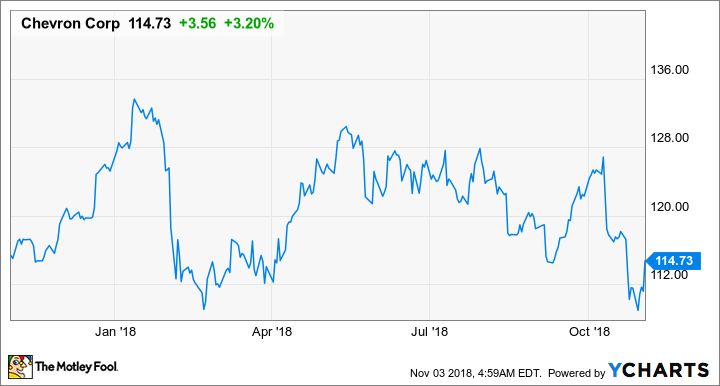 Can Chevron maintain this strategy for much longer?

With more asset sales in the works and no recent announcements for new major capital projects, Chevron is increasingly depending on its Permian Basin assets to fuel growth for the next several years. So far, that plan is working, because production from the region is growing way faster than management's initial expectations. Getting more out of the Permian without having to increase its capital budget is a large reason the company is throwing off so much cash right now and able to buy back billions in shares.

Investors have to wonder, though, how much longer this will be the status quo. Outside the Permian, its project hopper looks rather small, and it continues to shed downstream assets. Eventually, the company will have to start spending on new developments again. When that happens is anyone's guess, but we'll probably get an update in March at its annual security analyst meeting.