Cable network operator and content producer AMC Networks (NASDAQ:AMCX) reported third-quarter results on the evening of Nov. 1. A recent acquisition boosted the company's revenues to a 7.5% gain, and earnings per share jumped 43% higher. 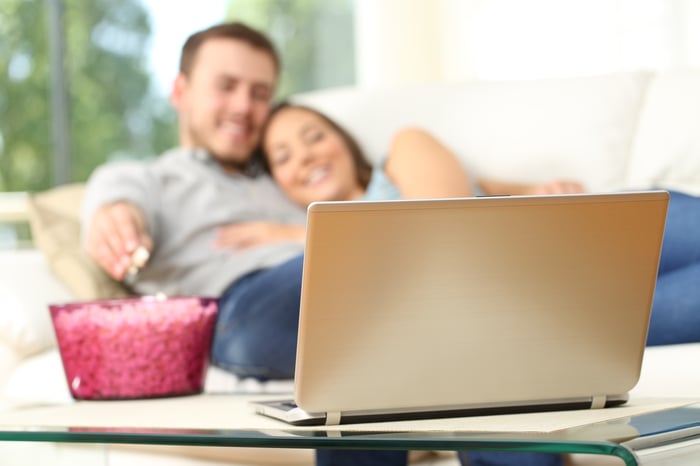 As we've noted before, the rise of high-end serialized programming has largely occurred on platforms that don't have ads. So our ability to showcase this kind of content in an ad-support environment has allowed, and will continue to allow, our network to attract a healthy base of advertisers, as we increasingly become one of the very limited places to offer ads with super-great premium scripted content.

AMC Networks doesn't provide quarter-by-quarter guidance, and the company is leaving long-term forecasts for 2019 and beyond for the fourth-quarter report.

In the meantime, management did add a bit of color to the company's near-term prospects.

Domestic subscription sales should continue their steady climb at mid-single-digit percentages. At the same time, the timing of AMC's content deals with other networks will work out to a year-over-year decline next quarter. The subscription growth may not be able to cover the drop in content license revenue.

Levity will continue to drive year-over-year growth in the international segment, and RLJ Entertainment should add another $25 million or so to the fourth quarter's top line. Otherwise, organic growth trends should stay close to their current levels, roughly flat when compared to the same period of 2017.