The craft brewing leader continues to demonstrate the perks of diversification as it works to bring Samuel Adams back to growth.

Now that the foam has settled -- and with shares up more than 12% on the heels of those results -- let's dig in to get a better idea of how the craft brewer started the second half, and what investors can expect going forward. 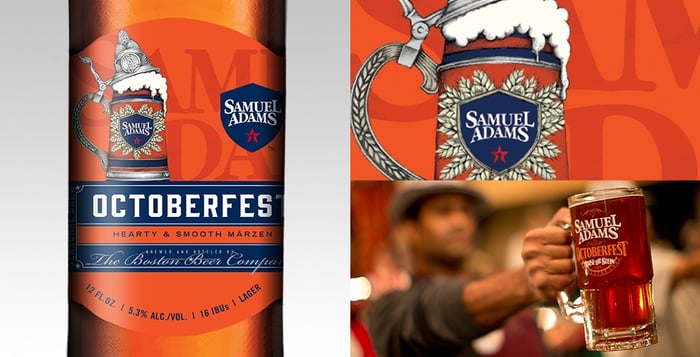 Our depletions growth in the third quarter was the result of increases in our Truly Spiked & Sparkling, Twisted Tea, and Angry Orchard brands that were only partially offset by decreases in our Samuel Adams brand. I'd like to note, however, that the Samuel Adams seasonal program has returned to growth this year. Meanwhile, Truly continues to grow beyond our expectations and is well positioned as a leader in the emerging segment of hard seltzer. Twisted Tea is growing both distribution and velocity, while generating consistent double-digit volume growth as new entrants have been introduced and competition has increased. Angry Orchard's growth is led by Angry Orchard Rosé, which was introduced in early 2018. We believe that both Truly and Angry Orchard Rosé are attracting new drinkers to their categories from wine and spirits.

Burwick said that Boston Beer will continue to use cost savings to fund its growth, adding, "We remain prepared to forsake short-term earnings as we invest to return to long-term profitable growth, commensurate with the opportunities that we see."

Chairman Jim Koch said: "We remain positive about the future of craft beer, and are happy that our diversified brand portfolio continues to fuel double-digit growth. We are confident in our ability to innovate and build strong brands, and are planning to launch new brands in 2019 that complement our current portfolio and help support our mission of long-term profitable growth."

Given its outperformance through the first three quarters, Boston Beer also raised its full-year guidance to call for 2018 adjusted EPS between $7.10 and $7.30, up from between $6.30 and $7.30 previously. This new outlook assumes depletions and shipments growth of between 12% and 15% (up from between 7% and 12% before), but also slightly lower gross margin of between 50% and 52% (down from 51% and 53% previously).

Finally (with the caveat that it's still in its planning stages), Boston Beer offered a preliminary look at its targets for 2019, including depletions and shipments growth in the high-single-digit to low-double-digit range, national price increases of between 0% and 3%, and gross margin improving to between 51% and 53%.

All things considered, there was little not to like about the progress Boston Beer showed this quarter, particularly as the sustained strength of its supplementary brands props up the lagging -- but improving -- Samuel Adams varieties. With its sights set on continued growth and even greater diversification in the year ahead, I think this is a toast-worthy showing that every Boston Beer investor should appreciate.