On Oct. 25, chip giant Intel (INTC -1.36%) reported strong third-quarter results and issued fourth-quarter and full-year revenue and earnings per share (EPS) guidance that was well ahead of what analysts were expecting.

During the accompanying earnings call, CFO and interim CEO Bob Swan said that the company expects its operating expenses -- that's both research and development (R&D) as well as marketing, general and administrative (MG&A) -- to come in at 29% of revenue, which he added was "down 7 points since 2015." 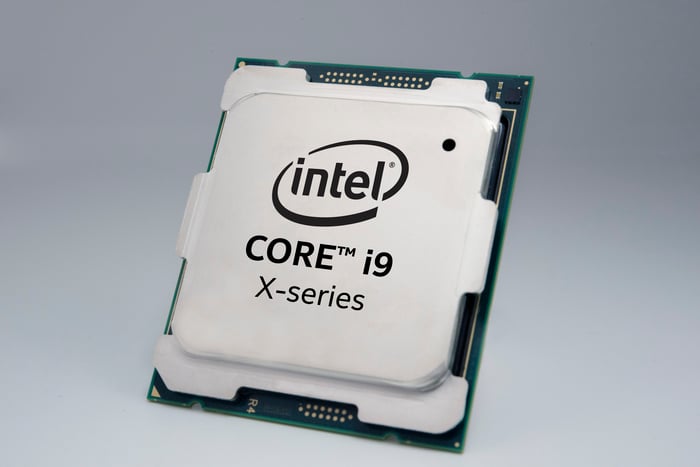 The executive also pointed out that even though the company's spending as a percentage of revenue will be down a lot in 2018 from 2015 levels, its total spending on R&D "is up $1.4 billion over the same period."

"We continue to improve our leverage while increasing investment in our key priorities, such as product leadership, artificial intelligence, and autonomous driving," Swan said on the call.

Let's take a look at how Intel's R&D spending has trended over the course of 2018 and what the company's future investment plans look like.

In its 10-Q filing, Intel explained that the year-over-year increase in R&D in the third quarter was driven by "[higher] investments in data-centric businesses" and "[higher] profit-dependent compensation due to an increase in net income."

Those factors, Intel said in the filing, were partially offset by "[lower] expenses due to the Wind River Systems, Inc. (Wind River) divestiture."

As far as the year-to-date increase in research and development goes, Intel cited the same upside drivers that it did for the third-quarter increase but added "[higher] investments in 10nm process technology" to the list. As a partial offset to those increases, Intel cited "[lower] expenses due to the Intel Security Group (ISecG) divestiture."

Now, the thing to keep in mind is that Swan did say that in 2019 the company will see "increasing [operating expense] leverage as we continue to make thoughtful trade-offs and invest in [research and development] that will accelerate our growth and profitability."

Swan's saying in a fancy way that he's expecting the company's operating expenses as a percentage of revenue should come down further in 2019 relative to 2018 levels.

How does that jibe with Swan's claim that the company plans to keep boosting research and development spending? It's simple -- as long as Intel's revenue grows faster than its operating expenses do, then, by definition, operating expenses as a percentage of revenue go down.

Now, Intel hasn't told us by how much it expects revenue to grow in 2019 (the company will likely provide that guidance when it reports its earnings results in January), nor has it told us what it expects operating expenses as a percentage of revenue to be for the year, but we at least know the general direction that management expects things to trend.