It's becoming abundantly clear that PBF Energy will have to do something with its subsidiary PBF Logistics.

Whenever there is a wart on a company's earnings report, investors are going to notice. Even though oil refiner PBF Energy (PBF) posted third-quarter results that were better than analyst expectations, there was still one item that is hard to gloss over. Surprisingly, it's not the near-50% decline in operating income from its refining segment.

Let's take a look at PBF's most recent earnings report and what should have investors concerned. 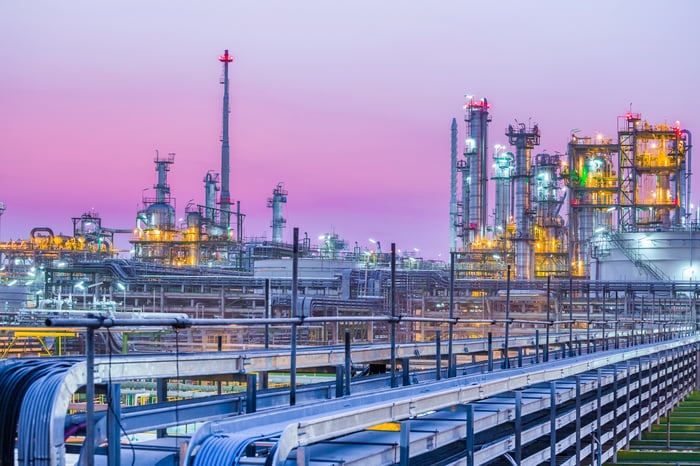 On paper, this past quarter doesn't look so good compared to this time last year and the previous quarter, but both of those quarters were helped along by significant accounting gains related to the value of the company's inventories. Just about every refining company experiences some gain or loss related to fair value accounting practices for its inventories of crude oil and refined product, so investors shouldn't put too much thought into those changes, because they just happen. Absent inventory adjustments, net income for the third quarter was $1.13 per share compared to $1.44 per share this time last year.

Even though the company was able to process more crude oil this past quarter than this time last year, some of the markets in which it operates were not quite as favorable. Its largest refining segment, the East Coast, saw a 19% decrease in crack spreads, which is an indicator of the refining market.

The thing that should be more concerning for investors, though, was that its subsidiary master limited partnership PBF Logistics (PBFX) posted year-over-year declines in revenue and distributable cash flow. Even though management has been investing in this business with a portfolio of organic development projects and some acquisitions, results have not been as good as promised. 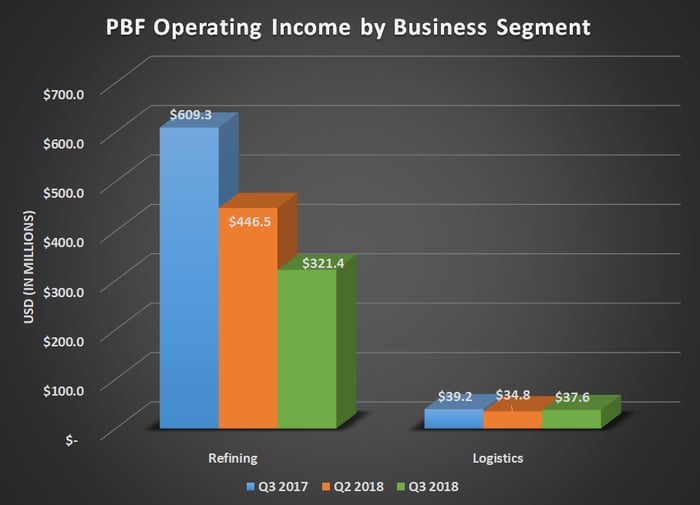 Much of the talk this quarter has been about what refining companies intend to do with their subsidiary master limited partnerships. Valero Energy announced it was going to reacquire its MLP, while Marathon Petroleum has discussed combining its two MLPs -- MPLX and Andeavor Logistics Partners -- now that Marathon has completed its merger with Andeavor.

So, of course, there were questions on the conference call about whether PBF has reconsidered the relationship with PBF Logistics. Here's what President Matt Lucey had to say:

We've been looking at everything. It's obviously been a market that's been sideways to down -- that's not specific to PBF, but the broader market -- and I would expect, I have nothing to announce today, but I would expect that we make some decisions and talk to the market over the next quarter or so. But it's a dynamic situation, where at this point, we're absolutely committed to the MLP, to PBFX. We're announcing our 16th straight distribution increase. We just closed a very attractive acquisition for both, which will turn out well not only for PBFX, but PBF will be a beneficiary as well.

So it is a mix of things going on, so it's very positive things in particular with PBFX, but the broader market creates headwinds, and we recognize that and we're going to take steps to best position the partnership going forward.

You can read a full transcript of PBF Energy's conference call here. 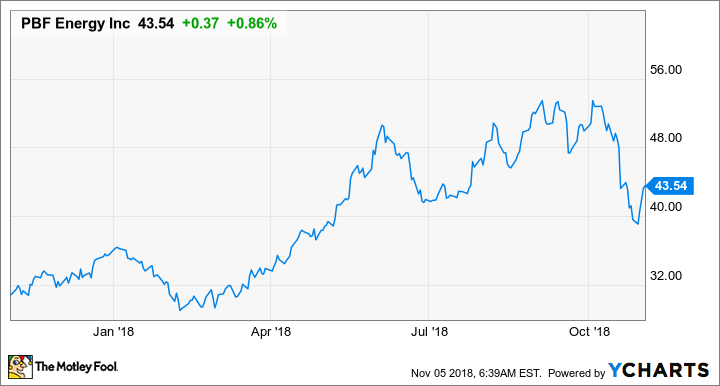 Internal issues to sort out

It's hard to find fault with anything that PBF is doing on the refining side of the business. It's running its facilities at a high utilization rate and is keeping costs low, which is all you can really ask from a refining company. The company is even making good moves on this end by planning to restart a refining unit at its Chalmette, Louisiana facility that will increase its production of high-value products like diesel.

PBF's investment in its logistics MLP is an entirely different story, though. Unlike larger refinery logistics MLPs, PBF has a relatively small footprint that doesn't offer the investment opportunities that others have. Also, with dwindling results lately and a distribution coverage ratio just above 1, its payout is looking less and less sustainable, and it now has a yield above 9%. That presents another issue: It is now prohibitively expensive to issue new equity to grow the business. The company is caught in quite the nasty loop.

PBF appears to be in the same scenario as Valero Energy and will likely have to reacquire the public stake of PBF Logistics -- and who knows what kind of terms that deal will have. So until we see a decision on what it intends to do with PBF Logistics, it may be best to stay away from PBF Energy.