Hotel growth may be slowing.

Shares of hotel brand Marriott International Inc. (MAR 2.33%) fell as much as 7.1% in trading Monday after reporting worse-than-expected third-quarter results. Shares recovered slightly throughout the day and ended down 5.1%. 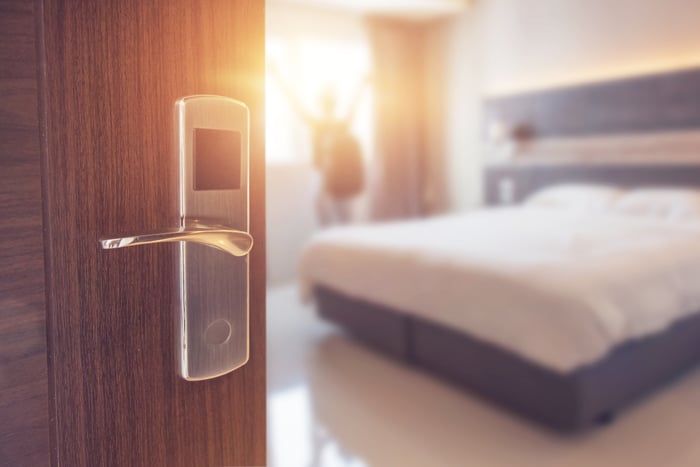 What really caught investors' attention was management's guidance of revenue per available room (RevPAR) growth for the fourth quarter of 2% versus a previous forecast of 2.5% to 3% growth. Initial 2019 RevPAR growth was estimated at just 1% to 3% in North America, indicating fairly weak growth in a reasonably strong economy. However, RevPAR is expected to be up 3% to 5% outside of North America, leading to an overall expected growth of 2% to 3%.

While lower RevPAR growth is never good for hotel companies, today's reaction looks harsh given the overall numbers. Management is still expecting solid growth outside of North America and the reduction in growth guidance for the fourth quarter was fairly small. It's still a very profitable time for the hotel business, and Marriott is well positioned for the long term.