Valvoline reported $594 million in revenue during its fiscal fourth quarter, which was up nearly 9% year over year and met analysts' expectations. Adjusted earnings, meanwhile, jumped 34% from the year-ago period to $0.34 per share. However, that missed the consensus forecast by $0.01 per share. Driving the weaker-than-expected result was the company's core North American operations, which underperformed its expectations. Because of that, the company's focus in fiscal 2019 will be to make the adjustments necessary so that North America can generate consistent cash flow, which will enable it to invest in its higher-growth Quick Lubes and International businesses. 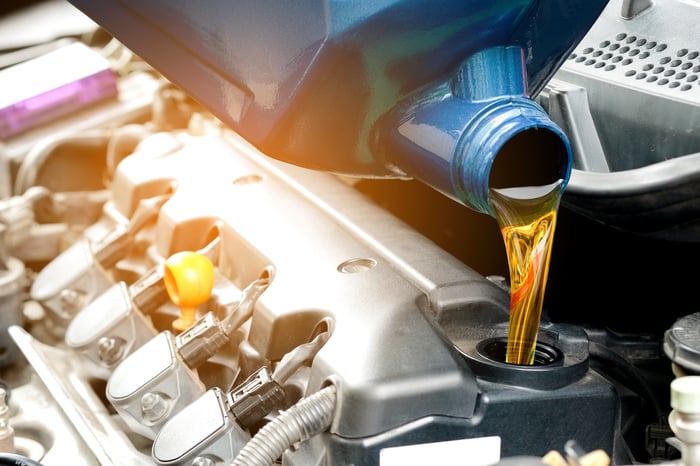 Also weighing on Valvoline's stock was a downgrade by Bank of America Merrill Lynch, which cut it from buy to underperform while reducing its price target from $24 to $20 per share. The bank made that move following the company's fiscal fourth-quarter report and guidance update, which suggests that earnings will be under pressure in the coming quarters. That's because Valvoline only expects to earn $1.35 to $1.43 per share next year, which, at the mid-point, is 8% above fiscal 2018, slower than the 9% growth it delivered in the past year.

Valvoline is working to address the issues affecting its core North American segment so it can focus on expanding its higher-growth businesses. While the company believes it can make the necessary adjustments, it's unclear yet if it can deliver, which is something investors should keep an eye on over the next year.

Why Valvoline Stock Is Cratering Today