Shares of Valvoline (VVV -0.29%) tumbled nearly 22% by 10:45 a.m. EST on Thursday. Driving that sell-off were the lubricant supplier and automotive services company's fiscal first-quarter results, which came in below analysts' expectations due to continued weakness in North America.

While Valvoline's sales grew 2% year over year to $557 million, that number missed the consensus estimate by $27 million. Meanwhile, adjusted earnings declined 7% to $0.27 per share, which missed analysts' expectations by $0.04 per share. The culprits were the company's core North America segment, where lubricant volume declined 9% to 21.7 million gallons, as well as its international business, where lubricant volumes slipped 3% to 13.8 million gallons. However, the latter was due entirely to a business model change in Brazil, without which international lubricant volumes would have increased 1%. Those issues offset strong results in Valvoline Instant Oil Change, where same-store sales grew 9.8% year over year. 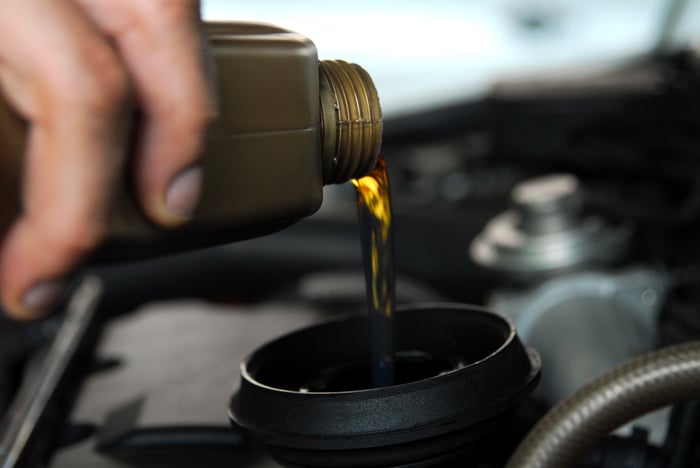 Valvoline plans to take action to improve the performance of its North American operations by launching a broad-based restructuring program. This initiative aims to reduce costs, simplify processes, and ensure that the organization has the right structure and resource allocation plan in place to focus on its key growth initiatives. The company expects this strategy to generate $45 million to $50 million in annual savings, which should start showing up in fiscal 2020.

Valvoline is battling some industry headwinds and evolving customer trends, as fewer people are changing their own oil. While that's benefiting the company's quick-lube business, it's hurting retail sales of lubricants. That's leading the company to make changes so that it can boost sales and profitability of that segment while also focusing its investments to grow its quick-lube and international businesses. These issues will likely keep the pressure on the company's stock price until its turnaround efforts start paying dividends.