Management explained the revenue deceleration as part of the lumpiness inherent in airport retail sales growth.

While airport retail and duty-free store operator Hudson Ltd. (HUD) reported healthy third-quarter 2018 earnings on Monday, top-line results fell a bit below recent trend. As the company is relatively new to the public markets, management provided perspective on the revenue weakness during Hudson's postearnings conference call. We'll visit executives' comments below after a recap of headline numbers and vital details from the last three months:

What happened with Hudson Ltd. this quarter? 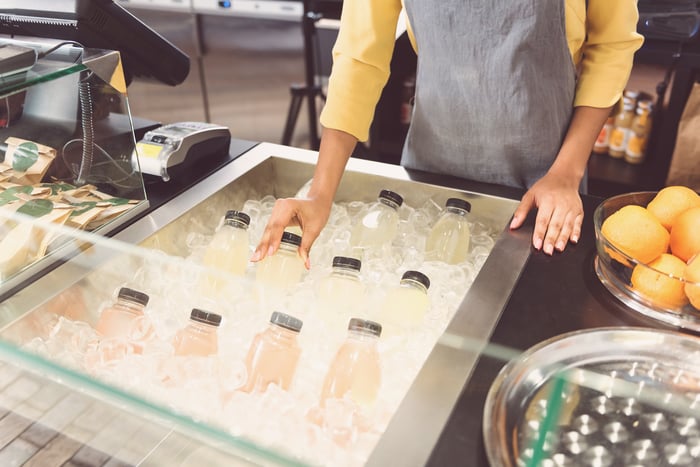 In the past, I've compared the cadence of business including the timing of construction and new business opportunities to waves at the beach in order to help give folks a visual picture. With respect to the RFP [request for proposal] cycle and timing of store openings, there are a lot of ebbs and flows and all of the waves are different sizes and crest at different times. In one period, we may see a flurry of new RFP issued and the next thing it can calm down a bit. This is simply a function of the lumpy cycle of contract explorations and the uncertain timing of when airport landlords may issue RFPs and the timing of construction of new stores.

DiDomizio went on to extol the relative stability of Hudson's revenue, noting that airport foot traffic is typically steady throughout the year, as opposed to more traditional retail space, which is often subject to seasonality in shopping patterns.

Looking forward, Hudson's CEO also discussed industry statistics, which indicate that North American airports will need to invest at least $100 billion in infrastructure upgrades and modernization projects through 2021. DiDomizio specifically cited renovation and upgrade plans at JFK, Newark, and Chicago O'Hare international airports, which together will total nearly $25 billion over the next few years. As a dominant force in the airport retail industry, Hudson will almost certainly add to its retail portfolio via RFPs tied to these expansions.