Infinera (NASDAQ:INFN) reported third-quarter results on Nov. 6. The maker of optical networking equipment is in the middle of integrating its transformative $430 million acquisition of Coriant. The deal officially closed on Oct. 1, so the combined company's results were not on display in the third quarter. 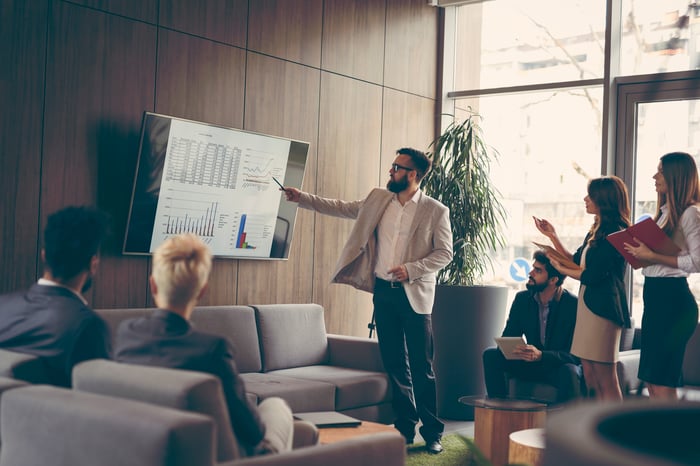 On the call with investors, CEO Tom Fallon stated that Infinera is laser-focused on achieving the financial targets that were presented to investors as part of its rationale for acquiring Coriant, a supplier of open network solutions. In a press release, Fallon was quoted as saying, "We remain committed to achieving substantial cost synergies, scaling our business by delivering compelling solutions to our extensive customer base of leading Tier-1s and ICPs [internet content providers], and driving vertical integration of our optical engine across our expanded end-to-end portfolio."

While Fallon was pleased that the company's results were in line with guidance, he did admit that the company saw weak demand from some of its core customers during the period: "While we have experienced a spending pause from certain customers as they evaluate the combined company, I believe this is temporary and that we will grow over the course of 2019. Newly armed with a breadth of significant customers and formidable scale, we are positioned to increasingly leverage our vertical integration advantage to drive profitability and a differentiated business model."

The upcoming quarter will include results from the combined entity. Here's the guidance that Fallon shared with investors:

Fallon noted that acquisition expenses were going to have "a significant impact on our margin levels." But he remains confident that the short-term pain will be overwhelmed by long-term margin expansion and the ability to "significantly outgrow the market over time."

The higher net loss is also a result of a significant increase in interest expense related to the sale of convertible bonds that were used to pay for the acquisition.

And Fallon gave investors a peek at what management expects in 2019: