More specifically, Alteryx's quarterly revenue climbed 59% year over year to $54.2 million, which translated to adjusted net income of $5.3 million, or $0.08 per share. Both the top and bottom lines arrived well above the company's guidance provided in August, which called for revenue of $49 million to $50 million, and an adjusted net loss per share of $0.04 to $0.06. 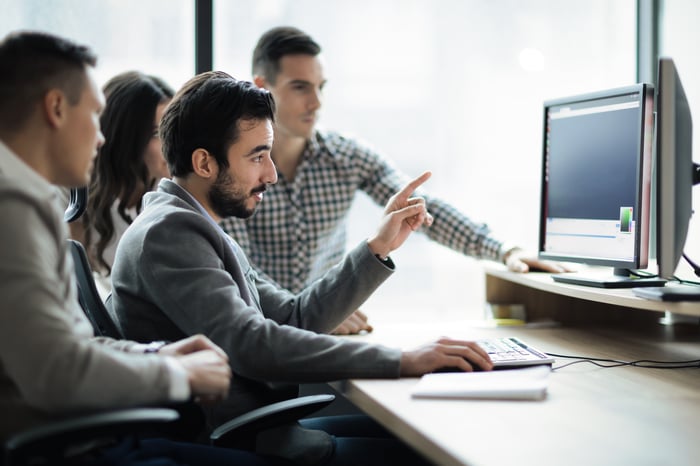 Alteryx ended the quarter with 4,315 customers, up 41% year over year and including 375 net new customers in Q3 alone. The company also touted a dollar-based net revenue retention rate of 131%.

Alteryx continues to benefit from strong global demand for analytics. Our continued focus on our 2018 strategic imperatives resulted in strong third-quarter results. We intend to continue to invest in our organization to capitalize on industry tailwinds and build a foundation focused on relentless value for our customers.

In the end, this was another straightforward beat-and-raise scenario from Alteryx, and the stock is understandably responding in kind.