The company's asset-light model helped generate another quarter of near double-digit top-line growth.

What happened with Choice Hotels this quarter? 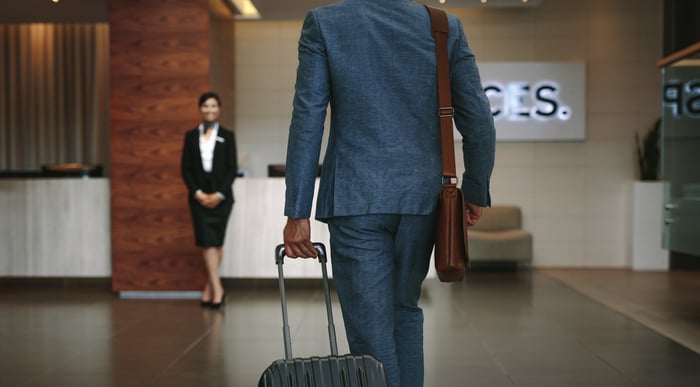 Choice Hotel's strategy of largely staying out of the owner/operator model and instead franchising brands across several tiers -- from economy flags such as Econo Lodge to the upscale Cambria chain -- appears to be paying dividends in the form of double-digit year-to-date revenue growth and enviable operating margin. CEO Patrick Pacious summarized management's perspective in the company's earnings release:

Our year-to-date development success and strong financial metrics prove our strategy is working, positioning us for further growth ... As an asset-light franchisor, we excel at helping our owners run profitable hotels by providing them with best-in-class tools, including a proven and expanding brand portfolio, award-winning revenue-enhancing resources, and industry-leading technology systems. We are extremely pleased with the initial reception received by Clarion Pointe, and are optimistic that we'll end the year on a high note with another successful quarter, taking us into 2019 with strong momentum."

As it did last quarter, Choice Hotels raised its full-year expectation for adjusted EBITDA. Management tweaked the previous range of $333 million to $339 million to a new band of $335 million to $340 million. The company also bumped up its adjusted diluted 2018 EPS target of $3.71-$3.77 to an anticipated result of between $3.79 and $3.86.

For those like myself who prefer GAAP numbers, Choice looks to close out the year with between $210 million and $214 million in net income, which will translate into diluted EPS of $3.68 to $3.75.