Square's decline follows the company's third-quarter earnings release. Though revenue and earnings per share for the period were both above consensus analyst estimates, the company's outlook for its fourth-quarter profit was below expectations. 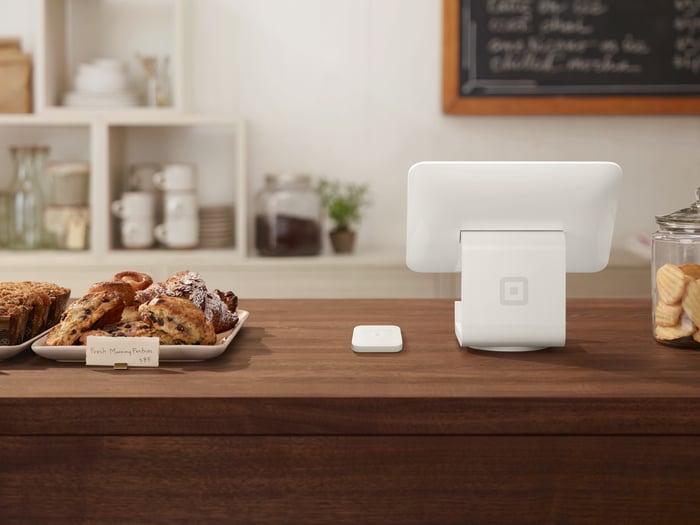 Square reported third-quarter revenue of $882 million and adjusted revenue of $431 million. Net revenue was up 51% year over year, while adjusted revenue soared 68%. The company's net income for the quarter came in at $20 million, up from a loss of $6 million in the year-ago quarter.

But Square's forecast for adjusted earnings per share between $0.12 and $0.13 for its fourth quarter was below the $0.15 analysts were expecting.

Square's strong momentum prompted management to raise its guidance for full-year revenue and adjusted earnings before interest, taxes, depreciation, and amortization (EBITDA). Management now expects full-year revenue between $3.26 billion and $3.27 billion, up from a previous forecast of $3.19 billion to $3.22 billion. Management expects its 2018 adjusted EBITDA to be between $250 million and $255 million, up from a previous estimate of $240 million to $250 million.