Please ensure Javascript is enabled for purposes of website accessibility
Log In Help Join The Motley Fool
Free Article Join Over 1 Million Premium Members And Get More In-Depth Stock Guidance and Research
By Danny Vena – Nov 9, 2018 at 9:16AM

An already solid year will get a boost from the long-awaited Western-themed adventure game.

After leading the industry higher for much of the past five years, Take-Two Interactive Software (TTWO 0.11%) took a breather earlier this year, on news that the company's marquee release for 2018, Red Dead Redemption 2, would be delayed again. The Western-themed adventure game from Take-Two's Rockstar Games was originally slated to launch during the fall of 2017, and its debut was pushed into the spring of 2018. Another delay followed in early 2018, when Take-Two revealed that the highly anticipated game wouldn't be available until late October, and investors sold off the stock, looking for other opportunities.

With Take-Two's record-breaking debut firmly in the rearview mirror, investors were looking for further signs that it had been worth the wait, and Take-Two delivered that and more. 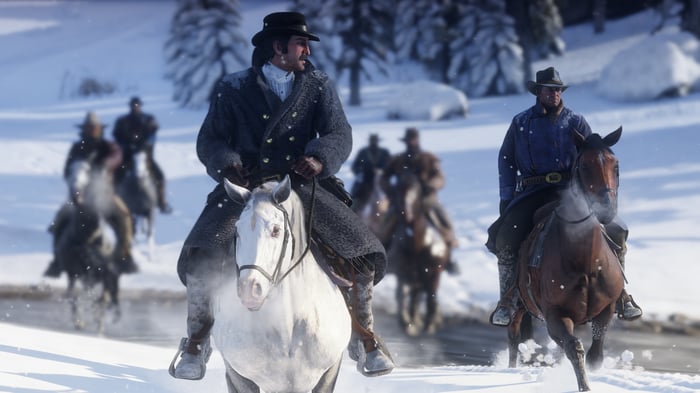 Take-Two delivered net bookings of $583.4 million, up 1% year over year, and sailing past analysts' consensus estimates of $550 million. Profits also impressed, with adjusted earnings per share of $1.05 easily topping the $0.91 per share expected by analysts.

Recurrent consumer spending, which includes such high-margin purchases as virtual currency, add-on content, and in-game purchases, grew by 12% year over year and accounted for nearly half of total net revenue.

Take-Two touted the successful launch of Red Dead Redemption 2, pointing to the game's near-perfect reviews and record-breaking launch: "The biggest opening weekend in the history of entertainment, with over $725 million in retail sell-through during its first three days." The company went on to say that Red Dead Redemption 2 sold more units in its first eight days than the original game sold in its first eight years, and that thus far retailers had stocked up on over 17 million units worldwide. 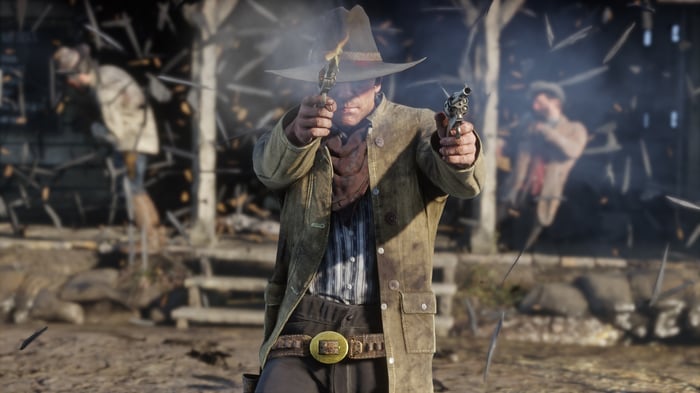 Based largely on the record-breaking strength of Red Dead Redemption 2, Take-Two raised its financial outlook for the 2019 fiscal year. The company now expects net revenue in a range of $2.55 billion to $2.65 billion, which would represent year-over-year growth of between 42% and 48%. The company is also anticipating income before taxes of between $236 million and $272 million, which would represent a year-over-year increase of between 73% and 99%.

Guidance for the coming quarter is similarly robust. For the fiscal third quarter (which ends Dec. 31), Take-Two is forecasting net revenue in a range of $1.1 billion and $1.15 billion, which would represent a year-over-year increase of between 129% and 139%. The company is also guiding for income before taxes of between $44 million and $58 million, up between 260% and 374% compared with the prior-year quarter.

Investors may have taken the stock down a peg or two when Take-Two announced the delays in releasing Red Dead Redemption 2, but based on the initial reviews and demand for the game, it appears that it was worth the wait. With a growing stable of flagship franchises, Take-Two is better positioned than ever to deliver rock-star results for shareholders.