Stock prices fell Friday, in part due to worries over global growth and falling oil prices, but a rally in the afternoon pared back the losses. The Dow Jones Industrial Average (^DJI -1.71%) and the S&P 500 (^GSPC -1.51%) both closed down for the day, but were up for the week.

As for individual stocks of note, Walt Disney (DIS -3.20%) reported strong results and Activision Blizzard (ATVI -0.71%) had investors concerned about a decline in users. 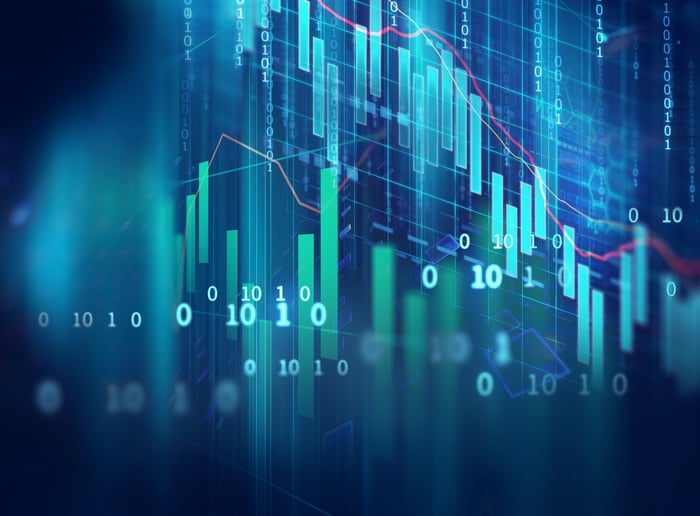 Disney reported strong fiscal fourth-quarter results, boosted by the company's studio business and the resumption of profit growth in its media segment, and investors lifted its share price by 1.7%. Revenue rose 12% to $14.3 billion, and adjusted earnings per share were up 38% to $1.48, beating expectations for EPS of $1.34 on revenue of $13.7 billion.

The studio segment increased revenue by 50% and more than doubled operating income on the strength of Incredibles 2 and Ant-Man and the Wasp. The parks and resorts unit's revenue rose 8.6% as well, though that was mostly attributable to last year's low numbers for the period, when it was feeling the effects of multiple hurricanes. The media networks segment grew revenue by 9.1% and its operating profit increased 3.6%, a turnaround from the profit declines it had delivered in recent quarters due to the trend of consumers cancelling their cable subscriptions.

On the conference call, Disney CEO Bob Iger also revealed new details about the company's Disney+ streaming video service -- expected to launch in late 2019. Its sports streaming service, ESPN+, has been an early success, with over a million subscribers since its launch six months ago.

Shares of Activision Blizzard tumbled 12.4% after the company released third-quarter results that topped its guidance, but reported a decline in monthly active users. Revenue fell 6.6% to $1.51 billion, above the $1.49 billion the company had forecast, and non-GAAP EPS was $0.42, which was $0.05 higher than its guidance from three months ago.

The video game heavyweight reported it had 345 million monthly active users in Q3 (MAUs), which was down from 352 million in the prior quarter. The decline was mostly due to the company's King segment, which is responsible for the Candy Crush franchise. The Activision segment grew MAUs by 1 million to 46 million, but the company was disappointed with the performance of recently launched Destiny 2, and is giving away the base game for free for two weeks to stimulate interest.

Activision Blizzard maintained its guidance for the full year, indicating confidence about how it will perform in the all-important holiday season, but investor hopes for audience growth were disappointed.