Mobile games aren't the growth products they once were.

New games are all the talk at Activision Blizzard Inc. (ATVI -0.63%), but they didn't appear until the fourth quarter of 2018, meaning the third-quarter numbers reported this week were lacking their sizzle.

Here's a look at what Activision Blizzard reported and what we know heading into the crucial fourth quarter. 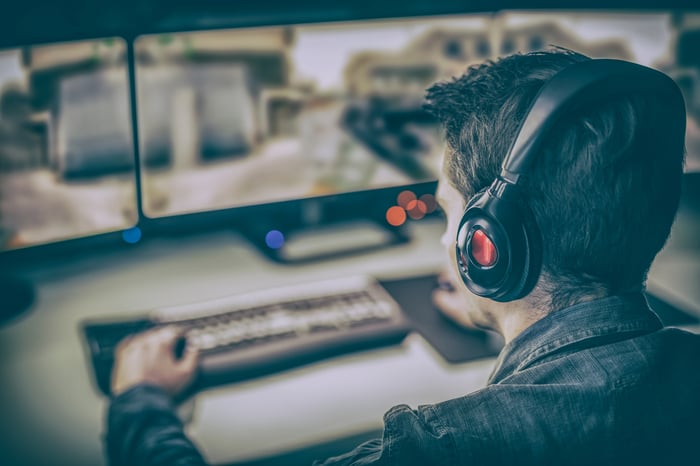 The company is split into three segments -- Activision, Blizzard, and King -- and each of those is important to look at separately.

Activision segment revenue jumped from $338 million a quarter ago to $397 million with operating income of $112 million. This didn't include revenue from the recent Call of Duty: Black Ops 4 launch, which took place early in the fourth quarter. (Management did say "Black Ops 4 is off to a strong start".) Engagement was up slightly to 46 million monthly active users (MAUs) in the third quarter, the only segment that showed growth in engagement.

Blizzard revenue was up 29% sequentially to $635 million, and operating income was $189 million in the quarter. This is the segment that includes Overwatch and related esports, which are helping drive revenue growth. But there should be some concern that MAUs were flat sequentially at 37 million, given strong engagement in esports over the past year.

The King product segment appears to be struggling to maintain users, seeing its MAUs fall from 285 million in the first quarter to 270 million in the second quarter, and 262 million in the third. Revenue and operating income were also down 4% and 12%, respectively, year-over-year to $506 million and $184 million in the third quarter. Management is hoping the recent release of Candy Crush Friends Saga can reverse the trend, but this is a big drag on the total MAU base for Activision Blizzard.

Management did say about Candy Crush Friends Saga: "We're now focused on Candy Crush Friends to win back former players and entice new players. The game is off to a strong start, reaching the top of the iPhone game download chart in 93 countries. And while still early, retention and monetization trends are very positive, and the game is on pace to drive meaningful growth through the Candy franchise in 2019."

It's worth noting that the decline in mobile user engagement may be part of a broader trend. Management said King, where digital sales are the entire business, is still one of the most popular mobile-game developers, but still saw a drop in users versus a year ago. COO Coddy Johnson said: "In-game net bookings were over $1 billion in Q3, which helped to set a year-to-date record of $3 billion. King was the biggest contributor with two of the top-10 highest grossing titles in the U.S. mobile app stores for the 20th quarter in a row, and Candy Crush Saga was again No. 1."

Mobile is a huge focus for Activision Blizzard, not only in the King division but also for new games like Call of Duty, where Activision is collaborating with Tencent for a future launch. Traction on mobile may not be where investors hoped it would be today, but keep an eye on potential growth as more products hit the market.

Activision Blizzard is doing well but isn't outperforming its own guidance, as it has in the past and investors are keying on the MAU numbers. New products could reverse the engagement trend in the fourth quarter and early in 2019. Investors will want to keep an eye on what happens.

Travis Hoium has no position in any of the stocks mentioned. The Motley Fool owns shares of and recommends Activision Blizzard and Tencent Holdings. The Motley Fool has a disclosure policy.