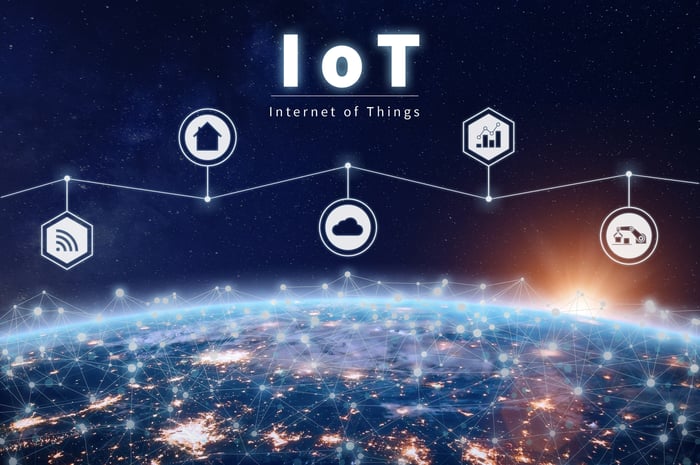 Sierra Wireless has also named Jason Krause as COO. Krause has been with the wireless modem maker since 2007, serving in various roles over the years, most recently senior vice president and general manager of the enterprise solutions segment. The appointment comes after Kent Thexton was named permanent CEO last month.

"We had strong growth in revenue and adjusted EBITDA on a year-over-year basis in the Third Quarter," Thexton said in a statement. "We continued to strengthen our position as the leader in Device-to-Cloud IoT solutions and our two highest margin businesses -- namely Enterprise Solutions and IoT Services -- increased to 27% of total revenue in Q3."

"The cost-reduction initiatives we spoke about in February are having the desired effect," CFO Dave McLennan added on the call. "Non-GAAP operating expenses in Q3 were $56.5 million, down $2.5 million sequentially."

Investors may be disappointed that guidance came in below expectations. Sierra Wireless expects revenue in the fourth quarter to be in the range of $200 million to $208 million, with adjusted earnings per share of $0.22 to $0.30. Analysts were modeling for $208.4 million in revenue and $0.32 per share in adjusted profits.

This Tech Stock Has Jumped 43% Since May, and It Looks Poised for More