These three stocks are too cheap to ignore.

The concept of buying something for less than it's worth is easy to understand on the surface. But it's not always easy to put that concept to work in the stock market.

To that end, we asked three top Motley Fool contributors to each choose a value stock that they believe investors would do well to buy and hold today. Read on to see why they like Corning (GLW 2.93%), General Mills (GIS 2.44%), and Cypress Semiconductor (CY). 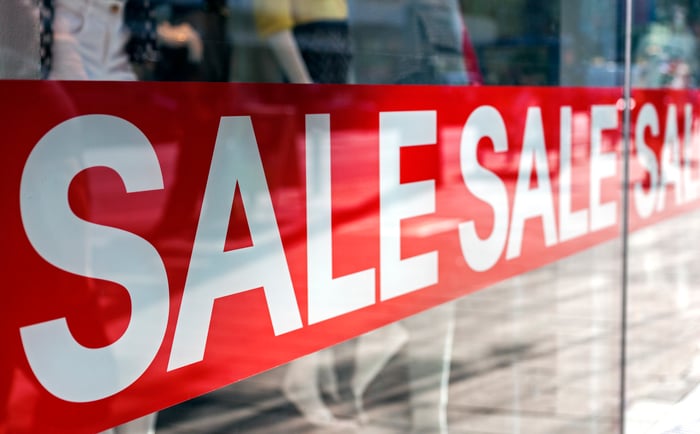 This glass house may as well be made of brick

Steve Symington (Corning): Corning stock popped on the heels of its strong third-quarter 2018 results late last month. But with its history of generous capital capital returns, significant momentum stemming from long-term oriented investments in its business, and with shares trading at a reasonable 16 times this year's expected earnings, this stock should continue outperforming for the foreseeable future.

More specifically, note Corning is three years into its four-year strategy and capital allocation plan that kicked off in late 2015. Now, I would be shocked if the 167-year-old tech giant didn't replace this finite plan upon completion with a similar multi-year initiative to continue compounding its growth. But under its current program, Corning has not only returned $11.4 billion to shareholders through dividends and stock buybacks (of a $12.5 billion goal), but also remains on pace to invest at least $10 billion toward fostering its core businesses and capturing future growth opportunities.

And make no mistake: Last quarter the market rejoiced as the early fruits of those investments began to show. Several of Corning's large new capacity expansions exited the start-up phase in recent months and are improving operating efficiency now. Its largest optical communications segment is seeing sales soar and margins expand as data center and carrier customers build their own optical networks. The pricing environment for LCD display glass is continuously more favorable. Corning's strongest-ever Gorilla Glass cover glass product is driving growth at its Specialty Materials segments as new original equipment manufacturers scramble to push their latest smartphones out in the second half. And new emissions regulations in Europe mean its young gasoline particulate filter business is poised to become a significant new contributor to its top and bottom lines.

Taken collectively, and CFO Tony Tripeny suggested last quarter that Corning has "passed an inflection point" with regard to sales and profitability. Better yet, he expects Corning to continue gaining momentum in the coming quarters. For investors who buy now, that's why I think Corning stock is as compelling a value as our market has to offer.

A 4.3% yield hints at a buying opportunity

Reuben Gregg Brewer (General Mills, Inc.): A dividend yield that's high relative to historic yield trends can be a warning sign at a financially weak company. But it can signal a buying opportunity at a financially strong one. That latter is likely to be the case with General Mills, a company more than a century old with a portfolio of leading brands in the packaged-food industry.

The current yield, in fact, is higher today than it was during the depths of the 2007-to-2009 recession. Backing the value thesis up, the company's price-to-sales, price-to-earnings, price-to-book value, and price-to-cash flow ratios are all currently below their five-year averages. Why? There are two big issues: changing consumer tastes and a big, debt-funded acquisition.

General Mills has adapted along with customers before, so history suggests it will be able to do so again, even if it takes some time. The bigger concern is the Blue Buffalo purchase, which took debt from $7.2 billion to $12.7 billion in a single quarter. Interest expense in the fiscal first quarter rose an eye-catching 84% year over year.

But there's not much reason to get upset. The deal pushed long-term debt from roughly 60% of the capital structure to 67%, not a huge increase nor materially out of line with the company's long-term leverage metrics. The company's interest coverage ratio, meanwhile, was 4.5 in the first quarter; General Mills isn't having any difficulty paying its lenders.

In the end, the iconic packaged-food giant looks cheap if you can take a long-term view and can stomach some near-term uncertainty as it works to integrate an acquisition, including the stated goal of mending the balance sheet.

Cypress generates over half of its revenue from the automotive and industrial markets. Sales of its microcontroller and connectivity division products rose 11% annually last quarter and accounted for 61% of its top line. Sales of its memory products division chips, which accounted for the rest of its sales, grew 12%.

Cypress's core strategy is to become a one-stop shop for Internet of Things solutions with bundles of chips. This approach enables it to offset any cyclical weaknesses with content share gains on platforms such as connected cars and smart industrial machinery.

Cypress recently reduced its exposure to the NAND memory-chip market by forming a joint venture with SK Hynix (NASDAQOTH: HXSCL). This move enables Cypress to focus on the less cyclical SRAM and NOR chip markets. Analysts expect Cypress' revenue and non-GAAP EPS to rise 7% and 49% this year, respectively, followed by single-digit declines next year -- mainly because of costs related to the SK Hynix JV.

After the deal closes, Cypress expects it to become accretive to its revenue growth, gross margin, and cash flow "in the long run." Cypress trades at just 11 times forward earnings and pays a forward yield of 3.6% -- which could limit its downside during future market downturns.