Please ensure Javascript is enabled for purposes of website accessibility
Log In Help Join The Motley Fool
Free Article Join Over 1 Million Premium Members And Get More In-Depth Stock Guidance and Research
By Leo Sun – Nov 10, 2018 at 7:35AM

Activision Blizzard (ATVI 0.03%) recently revealed Diablo Immortal, the first mobile entry of the venerable Diablo series, at its annual BlizzCon event. Unfortunately, the initial reception to the game -- which was co-developed with Chinese game maker NetEase (NTES 1.14%) -- was overwhelmingly negative.

Blizzard previously teased a major announcement for the Diablo franchise, which hadn't been updated since its Reaper of Souls expansion pack for Diablo III in 2014. Many gamers speculated that Blizzard would reveal another Diablo expansion pack or title, so the introduction of a mobile-only title disappointed many longtime fans, who mostly played the previous titles on PCs. 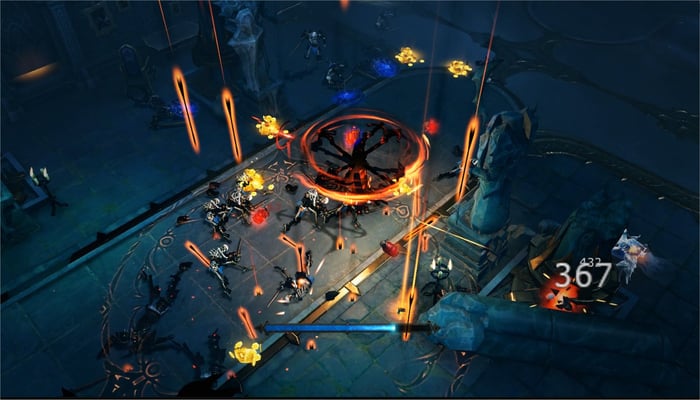 Diablo Immortal principal designer Wyatt Cheng was even booed by the audience at BlizzCon after announcing that the game wouldn't be launched on PCs. Cheng's dismissive response -- in which he asked, "Do you guys not have phones?" -- was also slammed as being tone deaf across social media. Some gamers also claimed that Diablo Immortal was merely a reskinned version of NetEase's mobile title Endless of God (also known as Eternal Realm).

In a subsequent interview with Kotaku, Blizzard co-founder Allen Adham admitted that the company expected some backlash against Diablo Immortal, but "not to this degree." Unfortunately, the fierce pushback against the game strongly indicates that Blizzard alienated many longtime fans of the two-decade old series.

Blizzard, which merged with Activision over a decade ago, created the Warcraft, Starcraft, and Diablo franchises, which were all PC-centric titles. Many of those games were launched on consoles as well, but they generally fared poorly due to limited control schemes that were poorly suited for real-time strategy games, complex dungeon crawlers, and PC RPGs (role-playing games).

Blizzard scored its first mobile hit with Hearthstone, its free-to-play card game for mobile devices and PCs. It also successfully reached console users by launching its hit PC shooter, Overwatch, on the Xbox One and PS4.

But despite these successes, the PC was considered Blizzard's primary platform, and esports tournaments featuring the PC versions of Starcraft and Overwatch reinforced that reputation. Many of Blizzard's fans also expected to pay full price for a complete game, instead of playing a free-to-play game saturated with microtransactions. 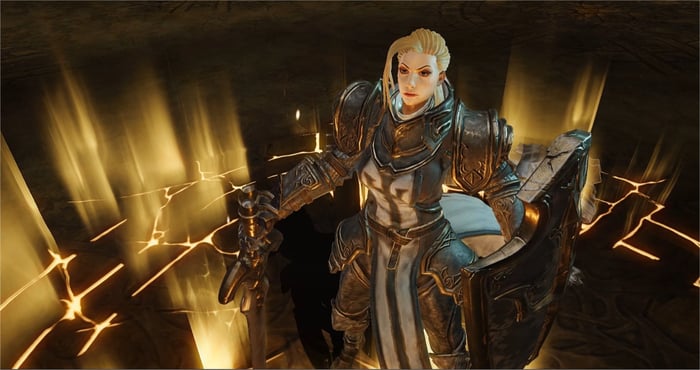 That's why gamers responded poorly to Diablo Immortal, a free-to-play mobile-only game which will be monetized with microtransactions. The suggestion that the game is a reskinned version of NetEase's older game merely adds insult to injury.

Blizzard likely pivoted Diablo to mobile devices to complement Activision's push into the mobile market, which includes mobile Call of Duty games and King's Candy Crush titles. Just as Activision launched its mobile versions of Call of Duty with Chinese gaming giant Tencent, Blizzard worked with NetEase to bring Diablo to mobile devices. That strategy seemed sound on paper, but it completely overlooked the fact that most of Diablo's fans were dedicated PC gamers.

This setback could throttle the growth of Activision Blizzard's "Mobile and Ancillary" revenue, which rose 9% year over year during the first half of 2018 and accounted for 29% of the company's top line. Activision probably expected the first mobile Diablo to become a new pillar of growth for the unit.

An embarrassing setback for NetEase

NetEase licenses many of Blizzard's hit titles -- including World of Warcraft, Hearthstone, StarCraft II, Diablo III: Reaper of Souls, and Overwatch -- for the mainland Chinese market. It's also the second largest mobile game maker in China after Tencent. Those two facts made it an ideal partner for the development of Diablo Immortal.

Unfortunately, NetEase is also notorious for cloning popular games. Earlier this year, Korean publisher Bluehole sued NetEase for cloning features from its popular battle royale game PUBG in two titles. That practice is widespread across the mobile gaming market, but it also indicates that NetEase doesn't spend much time developing new games. That's why it wouldn't be surprising if NetEase simply repackaged Endless of God -- which was already a mobile clone of Diablo 3 -- into a "proper" Diablo game.

Yet this debacle was also a wasted opportunity for NetEase, which generated nearly two-thirds of its revenue from online games last quarter. The unit's year over year sales growth decelerated to 7% last quarter due to the ongoing freeze of new game approvals in China, so Diablo Immortal could have given it a shot in the arm with overseas revenue and future mobile collaborations with Activision.

It's easy to dismiss the reception of Diablo Immortal as a knee-jerk reaction from entitled gamers, but Blizzard and NetEase also clearly misjudged what the franchise's core gamers were expecting. Diablo Immortal might not go down in flames, but it could tarnish the reputation of one of Blizzard's core franchises.