This marijuana stock had a tough month last month. Here's what investors should know.

GW Pharmaceuticals (GWPH) stock declined 20.4% in October, according to data from S&P Global Market Intelligence. It's flat so far in November, and up 4.4% in 2018, through Friday. 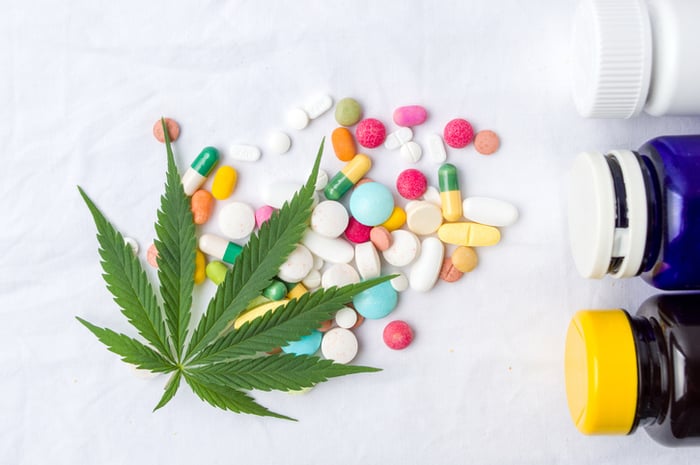 We can at least partly attribute GW Pharmaceuticals stock's poor October performance to tough market conditions overall and even tougher ones in the cannabis sector.

The stock's October drop could also have been at least in part due to some profit-taking after September's run-up. In that month, shares gained nearly 18%, driven by the company receiving a favorable ruling from the U.S. Drug Enforcement Administration on its Epidiolex drug. The DEA classified the drug, which was approved by the U.S. Food and Drug Administration in June to treat patients with two forms of epilepsy, as a Schedule V drug. This is the least restrictive prescribing category of controlled substances. As I wrote last month, the DEA needed to get involved in classifying Epidiolex "because prior to this groundbreaking ruling, marijuana and, thus, all marijuana-derived products automatically fell into the most restrictive Schedule I classification because marijuana is not legal in the U.S. on a federal level."

GW Pharmaceuticals is a somewhat volatile stock, so investors can expect fairly sizable monthly swings up and down, sometimes for little reason.

Epidiolex, which is the first drug derived from the marijuana plant approved for use in the U.S., launched on Nov. 1. Investors should focus on how well the drug sells.

GW Pharmaceuticals is slated to release its fiscal fourth-quarter and full-year 2018 earnings on Thursday, Nov. 27, with a conference call scheduled for 4:30 p.m. ET. Investors can probably expect management to provide some color on the call about how well Epidiolex is selling so far, as the drug will have been on the market for nearly a month when the company reports.