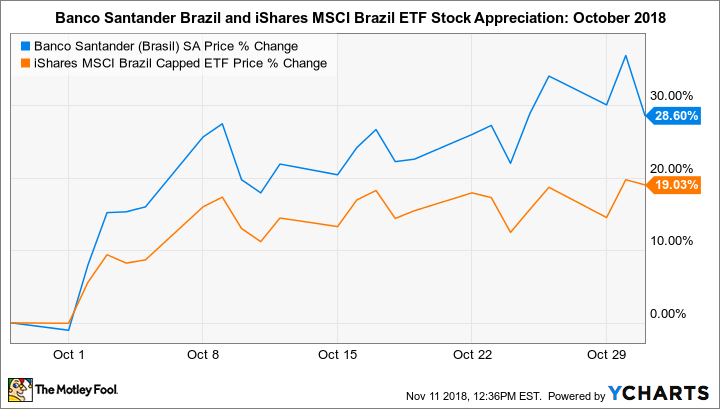 Market observers have characterized October's surge as something of a relief rally, as far-right candidate Jair Bolsonaro defeated Fernando Haddad of Brazil's far-left Workers' Party. The Workers' Party's economic policies are widely associated with deficits and decelerating gross domestic product during the years that party leader Luiz Inacio Lula da Silva held the presidency of Brazil, as well as the period in which his successor, Dilma Rousseff, governed the country.

Investors had worried that a Workers' Party victory would mark a return to recessionary environments and the alleged corruption that plagued the administrations of Lula (as da Silva is popularly referred to) and Rousseff. Near-term market activity is likely to be influenced by initial policy decision from Bolsonaro, who ran on a platform of economic reform. 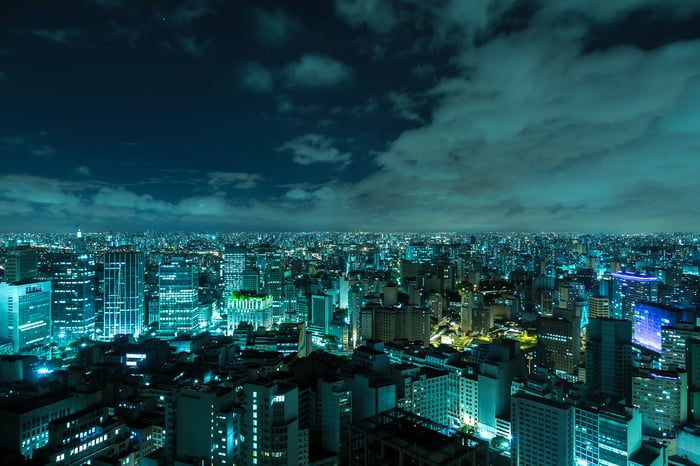 For Banco Santander, the turning of the month marked a quick return to business, as it issued third-quarter 2018 earnings on Nov. 1. While operating income expanded at a healthy year-over-year rate of 4%, to 5 billion reals, net interest income, the company's largest revenue component, increased just 1.6% over the prior-year quarter, to 10.6 billion reals. Net interest margin dipped 0.5% to 9.7%, in part because of tightening loan spreads, and management indicated that margin may continue to fall under pressure in the coming quarters because of increased competition. Consequently, the company's October ascent has stalled, but in a positive sign, shares are holding at the new plateau. As of this writing, Banco Santander's stock has retraced just 1% month to date.