Shares of BlackBerry Limited (BB 0.68%) fell by 18.7% in October, according to data provided by S&P Global Market Intelligence, as the broader stock market experienced stock sell-offs across nearly every sector.

The stock market overall took a hit in October, with the S&P 500 having one of its worst months in about seven years. Investors were feeling uneasy about rising interest rates and were likely concerned about rising trade war tensions between the U.S. and China.

While stocks across most sectors fell last month, technology stocks took the brunt of the fall, including BlackBerry. You can see the company's share price drop in the chart below, along with the Nasdaq-100 Technology Sector index. 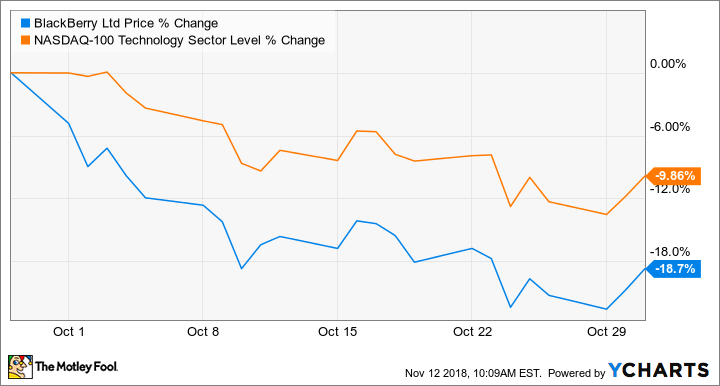 Just before the October sell-off, BlackBerry's shares had temporarily surged following the company's second-quarter fiscal 2019 results. The tech company reported better-than-expected results, with BlackBerry's net income more than doubling from the year-ago quarter. Additionally, the company's software and services revenue jumped by 4%, and non-GAAP gross margins came in at 78%.

But those results weren't enough to keep BlackBerry's share price afloat. The good news for investors is that BlackBerry's stock price drop last month wasn't tied to any fundamental problems with its business. This means long-term investors betting on the company's turnaround can likely stick to their initial investment thesis. 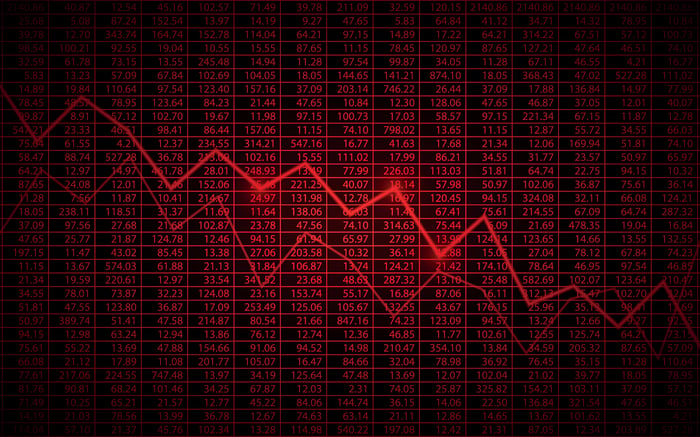 With BlackBerry still in the throes of its turnaround, investors can expect this roller coaster ride to continue.