Adjusted earnings per share plunge from the prior year and miss analysts' estimates. Here's what investors need to know.

Shares of GNC Holdings Inc. (GNC), a global health and wellness retailer known for performance and nutritional supplements, had plunged 19% as of 10:58 a.m. EST on Monday after the company released third-quarter results.

GNC reported revenue of $580.2 million during the third quarter, lower than the prior year's $613 million, but it was the bottom line that had investors pressing the sell button. Adjusted earnings per share checked in at $0.02, missing analysts' estimates calling for $0.04 and a far cry from the prior year's $0.32 result. Same-store sales in domestic company-owned stores, including GNC.com, declined 2.1% during the third quarter. 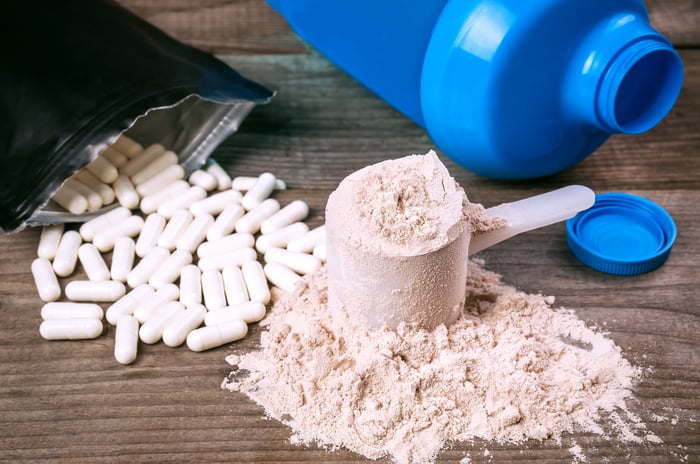 CEO Ken Martindale, doing his best to put a positive outlook on the quarter, said, "During the third quarter, although our comparable same-store sales were softer than Q2, we demonstrated our ability to respond to market dynamics and drive sales improvements progressively as we moved through the quarter." 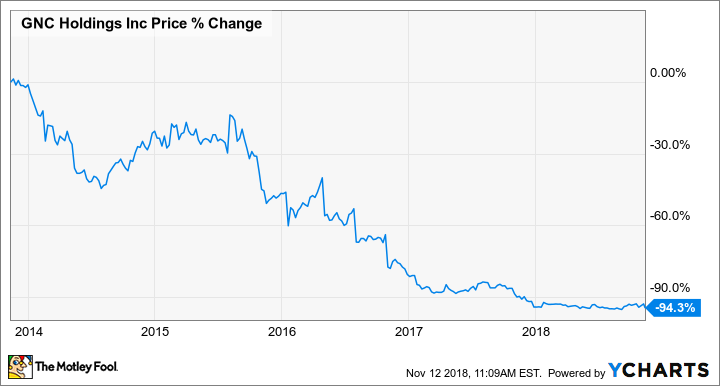 GNC's stock received a small boost last week when it finally reached a deal with China's Harbin Pharmaceutical Group regarding a previously announced $300 million investment. But there's no question that challenges remain, and it's possible that expansion into China won't be enough to save its lagging business. The truth is that superstores, warehouse retailers, slowing mall traffic, and numerous e-commerce supplement retailers have crippled the company's business model. Those factors are all likely to continue weighing on GNC's business and stock.

Will Cannabis Products Bring Shoppers Back to GNC?

Are the Bears Right About GNC Holdings?
405%