A.O. Smith is taking the brunt of the trade war, and the coming months won't be easy.

The "October effect" came back to haunt investors in A.O. Smith (AOS -1.79%) as shares of the water heater manufacturer slumped 14.7%, according to data provided by S&P Global Market Intelligence, achieving its worst month in 2018 so far.

By the time A.O. Smith announced its quarterly numbers on Oct. 30, the stock had already given up significant ground. In fact, it would've ended the month even lower if not for the earnings report that sent it rallying nearly 8%. What seems bizarre is that the numbers were muted and management even rolled back its earnings guidance for the full year. So why is Mr. Market so confused? Blame President Donald Trump.

A.O. Smith wasn't the only one to get clobbered in October. Stocks across the industrials sector took a hit as fears of a worsening trade war and looming slowdown in China tightened its grip on the market. A.O. Smith has valid reasons to worry given its high stakes in the nation. 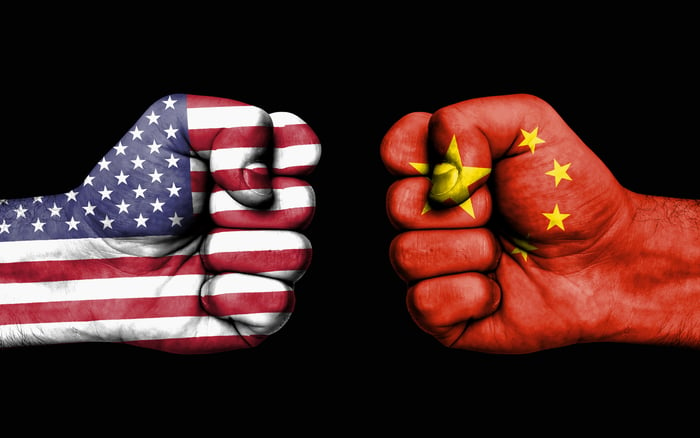 A.O. Smith's sales from China crossed $1 billion last year and contributed 35% to its total revenue. Not surprisingly, trade tensions between the U.S. and China have made investors jittery, and their fears were confirmed in the company's third-quarter earnings report. A.O. Smith's revenue and net income growth, albeit strong, missed analyst estimates as higher shipping costs and steel prices pressured margins because of tariffs. To make matters worse, the company's sales numbers from China came in weaker than expected.

Most importantly, management foresees a tough fourth quarter and, accordingly, now expects sales to grow only around 7% for the full year. That's a sharp downgrade from its previous guidance of 9.5%-10% growth in sales.

The market seems to have expected much worse from A.O. Smith, which is still on track to a record sales year even with its revised guidance. Moreover, the company's cash flows remain strong, and just last month, it increased its dividend for the second time this year.

The trade war is, of course, a real growth hurdle for A.O. Smith, but the company should be able to ride out the storm and continue to reward patient shareholders richly in the long run.

My Top Industrial Stock to Buy and Hold Forever

Ready to Buy the Dip? This Industrial Stock Is a Smart Buy
409%