Please ensure Javascript is enabled for purposes of website accessibility
Log In Help Join The Motley Fool
Free Article Join Over 1 Million Premium Members And Get More In-Depth Stock Guidance and Research
By Beth McKenna – Nov 13, 2018 at 6:43AM

The do-it-yourself moving leader and major self-storage player, which also has two insurance company subsidiaries, grew revenue by 5.9% and earnings per share (EPS) by 31% over the year-ago period. 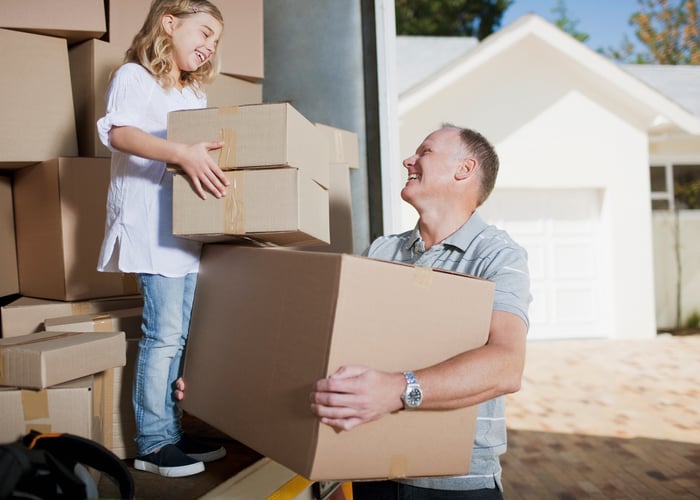 The operating income comparison got a boost from discretionary bonuses being paid to local field managers in the year-ago period, but not in the current quarter. In the second quarter of fiscal 2018, the company paid $20 million in such bonuses as a sharing-the-wealth type initiative stemming from U.S. tax reform. Excluding these bonuses, the year-ago period's operating income would have been about $249.6 million -- essentially flat with the current quarter.

In addition to the benefit just noted, earnings also got a boost from a lower tax rate due to U.S. tax reform. Had the same rate been in effect in the year-ago period, net income and EPS in that period would have been $149.7 million and $7.64, respectively. Adjusting for the tax rate change, EPS increased 9.3% year over year.

Growth in equipment rental revenue and occupied storage rooms continued during the quarter and we have the capacity for additional improvement. Truck sales are improving, returning some revenue and expense that was in the third quarter last year into this second quarter. Discretionary personnel bonus amounts that were recognized in the second quarter last year have not yet been determined. We have lots of work to do and are about it.

This was the first quarter in more than two years that Amerco's operating income and EPS adjusted for one-time items both increased year over year. That said, essentially the entire increase in operating income is due to no discretionary bonuses being paid to local field managers in the current quarter compared with $20 million in such bonuses being paid in the second quarter of fiscal 2018.

There were some positive trends in the quarter, however. Gains from the sales of used trucks increased "a little over $7 million," CFO Berg said on the earnings call. And while fleet maintenance and repair costs increased $11.8 million over the year-ago period, they decreased year over year in the month of September.