The software giant purchases yet another start-up related to natural language interfaces.

Just six months after scooping up Semantic Machines for its work on conversational artificial intelligence (AI), Microsoft (MSFT -1.48%) is now buying another start-up for similar reasons. The software giant has announced that it is purchasing XOXCO, a small software product design and development studio based in Austin, Texas, that has similarly been working on conversational AI and chatbots.

XOXCO created the first commercial chatbot on Slack named Howdy, which could help schedule meetings. (Slack is also an investor in XOXCO.) The company also makes Botkit, a suite of developer tools that Microsoft says is used by "hundreds of thousands of developers" on GitHub, which Microsoft acquired earlier this year for $7.5 billion. 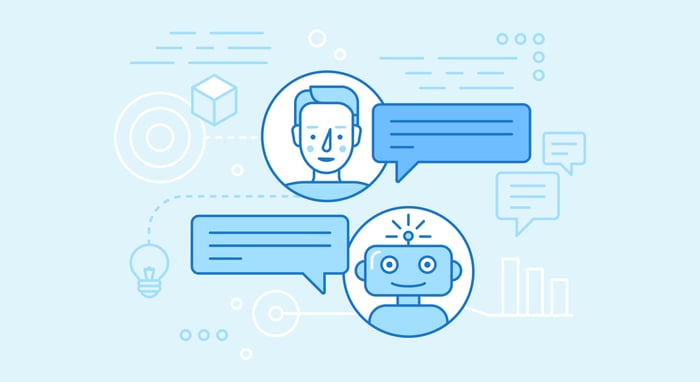 In addition to Semantic Machines, Microsoft had previously acquired Wand Labs in 2016, which was also developing conversational interfaces that could be integrated across apps and services.

Microsoft says it has partnered with XOXCO over the years and "been inspired" by its work on chatbots. No financial terms were disclosed, and the purchase price was likely pretty small, as XOXCO had only raised about $1.5 million in private funding over the years, according to Crunchbase.

The company also never specified what it paid for Semantic Machines, although regulatory filings show it spent $434 million on acquisitions in the second quarter. That was a pretty busy quarter in terms of acquisitions, as Microsoft also scooped up seven other companies, many of which were game development studios. More recently, Microsoft purchased Bonsai and Lobe, both of which are intended to help promote AI development.

Microsoft believes natural language is the future of user interfaces

Microsoft is very much behind in the virtual assistant space. Amazon.com's Alexa, which now has an incredible 10,000 employees working on it in addition to the Echo line, has become a household name. Microsoft has said that its virtual assistant Cortana has around 150 million monthly active users (MAUs). A new report from Voicebot, PullString, and RAIN Agency released this week estimates that virtual assistants are now available on 1 billion devices, mostly smartphones.

Beyond Cortana, Microsoft has been working on its Bot Framework, a chatbot development service that is part of its broader Azure cloud computing platform. This is all part of Microsoft's overarching ambition to better integrate natural language into user interfaces across all its platforms. Acquiring smaller companies is a common tactic for tech giants to accelerate their development road maps, and the XOXCO acquisition fits squarely within that strategy.