Bitcoin is plunging toward new lows, dragging down the funds that track it.

Bitcoin Investment Trust is a quasi-bitcoin ETF, as each share outstanding represents ownership of roughly 0.001 bitcoin. In theory, its share price, when multiplied by 1,000 (1,007.8, to be exact) should approximate the current market value for bitcoin.

In practice, shares of Bitcoin Investment Trust often trade at a premium to the value of the bitcoin it owns, due to the fact that speculators value the convenience of being able to buy bitcoin through their brokerage accounts. 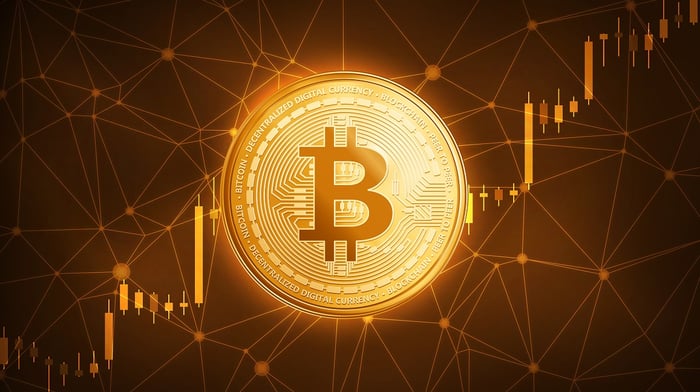 As of 2:45 p.m. EST, shares of Bitcoin Investment Trust were trading for roughly $6.05 each, which implies a valuation of roughly $6,097 per bitcoin. Meanwhile, at Coinbase, an online bitcoin exchange, bitcoin were trading for roughly $5,452 each, suggesting that the Bitcoin Investment Trust was valued at a 12% premium to the value of the bitcoin that backs each share.

The excitement surrounding bitcoin and cryptocurrencies has seemingly languished throughout 2018. Earlier this year, when interest in publicly traded bitcoin vehicles was just coming off of its late 2017 peak, Bitcoin Investment Trust shares closed at a 90% premium to the value of the underlying bitcoin. 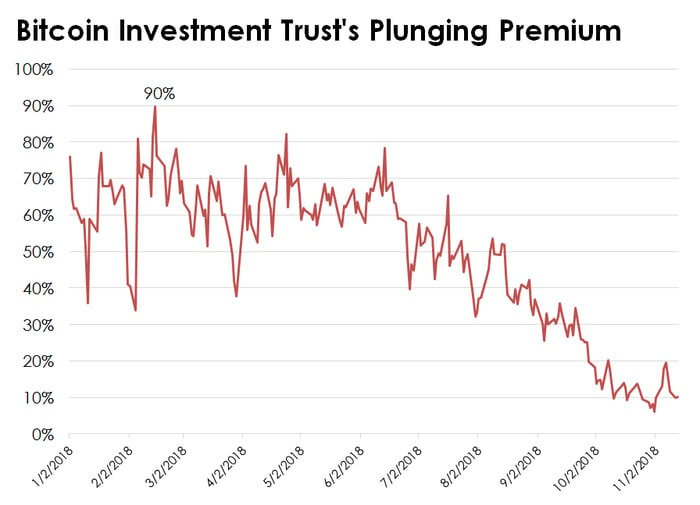 Since then, the premium has compressed rapidly. Bitcoin Investment Trust shares closed at a 10% premium to the value of the bitcoin owned by the trust on Tuesday, according to the trust's manager. In 2017, a rising premium bolstered the trust's returns, resulting in returns that exceeded the returns investors would have earned buying bitcoin outright.

In 2018, though, a compressing premium is resulting in returns far worse than what would have been earned buying bitcoin directly through an online bitcoin exchange. Shares of the trust are down about 76% this year compared to a 58% plunge in bitcoin prices.