Thanks to the fast-growing production and sales of Tesla's (TSLA 1.05%) Model 3, 2018 has been a transformative year for the electric-car company. It has gone from delivering about 100,000 vehicles per year in 2017 to a run rate of about 335,000 units per year. Even more, Tesla pulled this off while swinging to a profit.

Many critics had argued Tesla wouldn't be able to produce vehicles at this volume while achieving profitability. But as these three charts illustrate, the automaker is proving detractors wrong. 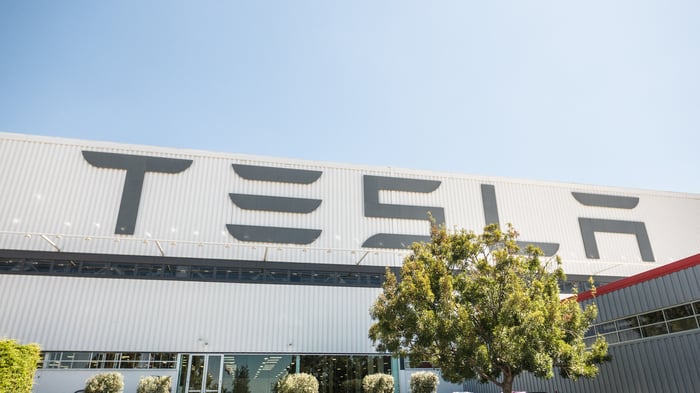 Perhaps the most telling chart is simply one that tracks Tesla's skyrocketing vehicle deliveries. 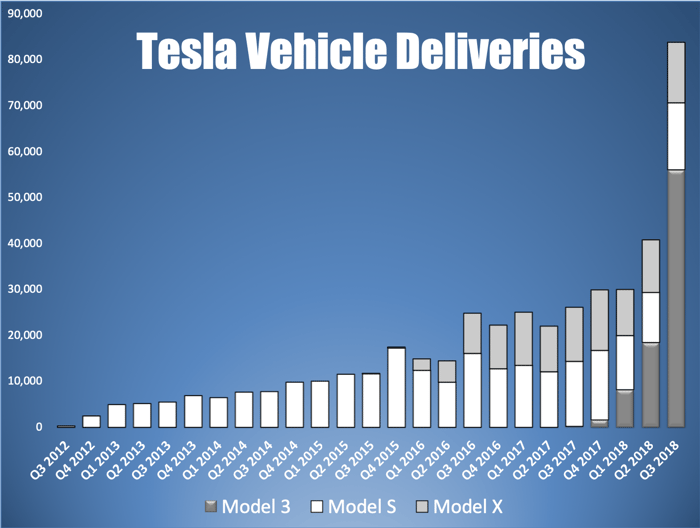 With Tesla guiding for slightly more vehicle deliveries in Q4 and planning a global expansion for the important Model 3 over the coming quarters, investors can safely view Q3's vehicle delivery volume as the new norm.

As this chart shows, Tesla essentially morphed into a mass-market auto manufacturer in just three quarters.

It's impressive that the larger Tesla becomes, the faster it seems to be growing. This is evident by a chart showing the automaker's trailing-12-month (TTM) year-over-year growth rates in vehicle deliveries. Finally, there's the company's sudden swing to positive free cash flow. Fast-growing vehicle deliveries have helped it achieve a significant improvement in economies of scale, evidenced by Tesla's higher gross profit margin. The company's automotive gross margin in Q3 was 25.8%, up from 20.6% in the second quarter of 2018 and 18.3% in the year-ago quarter. Defined as Tesla's cash flow from operations less capital expenditures, the automaker's positive free cash flow in its third quarter is a great sign for investors. It suggests Tesla can fund its ongoing expansion primarily from its own cash flow as opposed to constantly needing new outside capital through debt or equity.

By proving to investors it can build vehicles at a much higher volume while achieving profitability, Tesla has a risk profile that is much lower today than it was when it was burning cash every quarter.