The company was sporting double-digit gains over the summer.

In its yearlong history as a public company, fashion curator Stitch Fix (SFIX -0.85%) has taken investors on a wild ride. After debuting in the late fall of 2017, shares rocketed higher -- a trend that picked up pace during the summer of 2018. At one point, shares were nearly 240% above their IPO price. Much of that advance has come unraveled in the past two months, though, and Stitch Fix stock is now on par with its value at the start of 2018.

Stitch Fix's performance in the final quarter of fiscal 2018 wasn't quite as good as some investors had expected. Revenue came in near the top of management's guidance at $318 million -- up 23% year over year -- and adjusted EBITDA topped expectations at $11.1 million. However, revenue had grown 30% year over year in the previous quarter, and adjusted EBITDA was higher as well, at $12.4 million.

Let's not take anything away from the mail-order fashion service. Investors may have gotten carried away with the midyear share price run-up, but fiscal 2018 will still go down as a resounding success for the small company.

What's next for curated retail?

Besides its strong growth, Stitch Fix is already profitable -- a difficult feat for an online retailer with small scale. Stitch Fix was able to turn profitable quickly because it's a data company, not just a simple seller of clothing. The company combines data and feedback from its 2.7 million active customers and analyzes it with the help of over 100 data scientists to match the best clothing and accessories with each individual.

The result is a fashion business with a high rate of success in pairing apparel with customers, and in scaling into new lines. Stitch Fix has steadily expanded over the years into things like shoes and accessories, as well as harder-to-find sizes. The original women's business is doing well, and Stitch Fix has expanded into men's clothing and kids' clothing over the past two years. 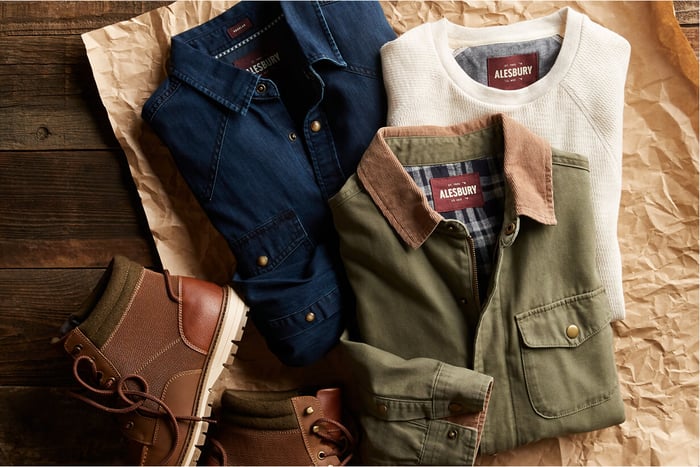 Some of the recent distress may also be due to slower growth and higher expenses expected in the year ahead related to Stitch Fix's expansion into the U.K. New-customer acquisition rates have also trailed off. For the full 2019 fiscal year, Stitch Fix expects revenue to increase 20% to 25%, while adjusted EBITDA is expected to range between $20 million and $40 million, down from $53.6 million in fiscal 2018.

Only time will tell if curated and mailed retail has staying power or if it's just a fad. Nevertheless, Stitch Fix is arguably executing the model better than anyone else out there, and it carries a market cap of just $2.7 billion. Though 2018 has been wild, leaving the stock roughly where it began the year, this fashion retailer is just beginning to break into the $350 billion U.S. apparel industry -- not to mention the even bigger international clothing scene. If Stitch Fix can keep growing at least 20% a year, that could mean better times for the stock in the not-so-distant future.

Why This Feature Could Be Game-Changing for Stitch Fix
409%