Management is putting renewed emphasis on an existing feature to drive growth.

Stitch Fix (SFIX 11.77%), an online apparel retailer that utilizes data to curate clothing for its customers, reported Q4 earnings on Sept. 21. It was the first report with new CEO Elizabeth Spaulding at the helm. Investors looking for differences between Spaulding and former CEO Katrina Lake may have noticed that the company's Freestyle feature was mentioned a lot: seventy-two times, to be exact. This one word may be the secret to unlocking improved revenue growth and consistent results for shareholders. 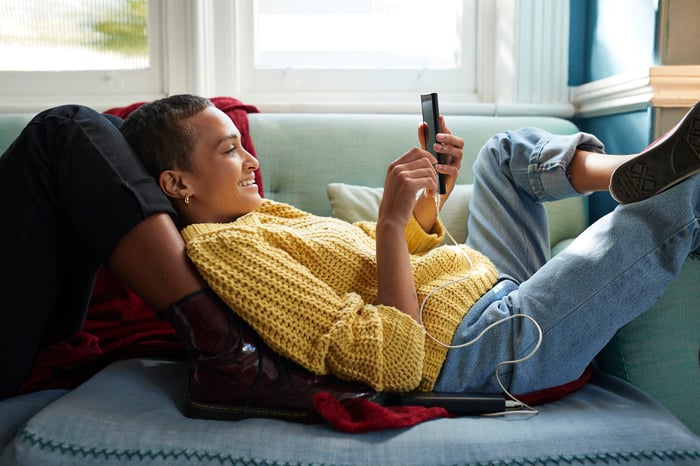 Freestyle is a direct-purchasing feature that allows clients to browse an algorithmically selected catalog of items and buy them directly, rather than waiting for a "Fix", which is the curated clothing box Stitch Fix is known for. This feature, previously called Direct Buy, had never been mentioned so prominently in an earnings call. In fact, management only referenced this feature 31 times in each of the previous two quarters.

Why does freestyle matter?

Stitch Fix has struggled to report consistent results over the past few years, with earnings reports alternating between impressive and disappointing for shareholders. After posting year-over-year revenue growth that was consistently in the mid-20% range prior to the pandemic, the quarters since have bounced between a low of -9.1% and a high of 44.1%. An increased emphasis on Freestyle, and away from Fixes, may be the catalyst for consistent results the company needs. In the last earnings call, Spaulding stated that Freestyle's net revenue increased over 100% and that it reached almost 30% of the company's female clients. Spaulding also went on to say that Freestyle was impactful on Stitch Fix's revenue per active client of $505, a record for any one quarter. CFO Dan Jedda pointed out that while the Freestyle has about the same impact on the company's margins as the Fixes, the average order value is higher with Freestyle.

Despite the increased emphasis on Freestyle, don't expect Stitch Fix to abandon their Fixes. In fact, management sees these two methods of purchase as complementary. Stylists can use data collected from Freestyle purchases to help better choose items for a Fix, reducing returns and increasing customer satisfaction. Stitch Fix is also leveraging data gathered from the Freestyle segment to help guide decisions on new product areas, brands, and price points.

What's next for Stitch Fix?

The main driver for future growth is that this Freestyle feature is now open to all customers, including those coming to Stitch Fix for the first time. In the past, Freestyle was only available to existing customers who had already ordered a Fix. Demonstrating the potential the company sees in Freestyle to attract new users, management plans to increase marketing spending throughout the year to increase awareness of Freestyle.

The emphasis on Freestyle clearly indicates a pivot away from a singular focus on Fixes and toward a business model where Freestyle can drive sales and grow their active client base. If the results from this quarter are an indication of future potential, it could be a decision that puts Stitch Fix on the path for sustained and consistent growth.