Consumers will flock to the low-price leaders on the biggest shopping day of the year.

Amazon (AMZN -1.07%) and Walmart (WMT -0.06%) could attract the most deal seekers on Black Friday, according to a recent BlackFriday.com survey of 1,500 U.S shoppers. Over half of those shoppers expect the two retailers to offer the best deals during this year's biggest shopping day. 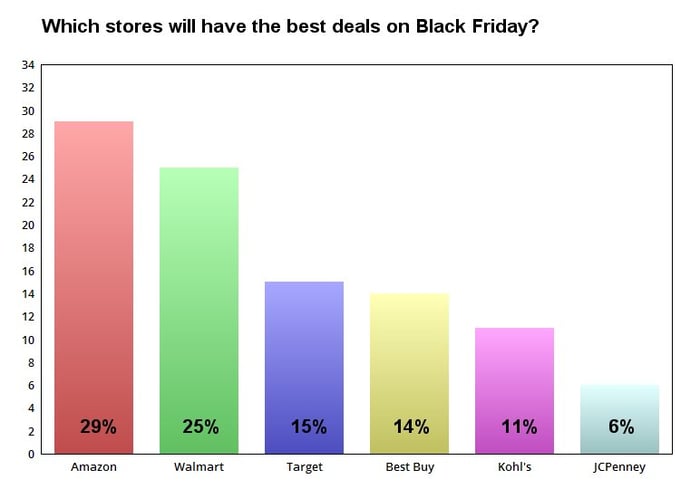 Amazon's dominance isn't surprising, since 68% of respondents stated that they would do most of their shopping online. Amazon also has nearly 100 million Prime members in the U.S., according to CIRP's latest estimates.

However, Walmart's aggressive online expansion -- which boosted its e-commerce revenue by 43% year over year last quarter -- could help it keep pace with its biggest rival. Target (TGT -0.03%) is also catching up to those two market leaders. Slice Intelligence reports that Target's Black Friday online sales surged 44% in 2017 and outpaced both Amazon and Walmart's growth, and that momentum could continue this year.

Black Friday is still the country's top shopping day, but the days of piling into brick-and-mortar stores might be numbered. BlackFriday.com found that only 15% of shoppers planned to line up early at stores, and 17% planned to visit after the crowds died down.