The freelance marketplace's stock has now given up most of its post-IPO gains.

Freelance-marketplace operator Upwork (UPWK 0.58%) has only been a public company for a little over a month, but it has had some turbulent moves in that time. Monday's plunge is one of them, with the stock down by more than 11% as of 1:45 p.m. EST.

Although the stock doesn't exactly have a long history to examine, Upwork's previous price swings have generally had a clear reason behind them. For example, Upwork fell after missing earnings estimates a couple weeks ago. However, that doesn't seem to be the case today. 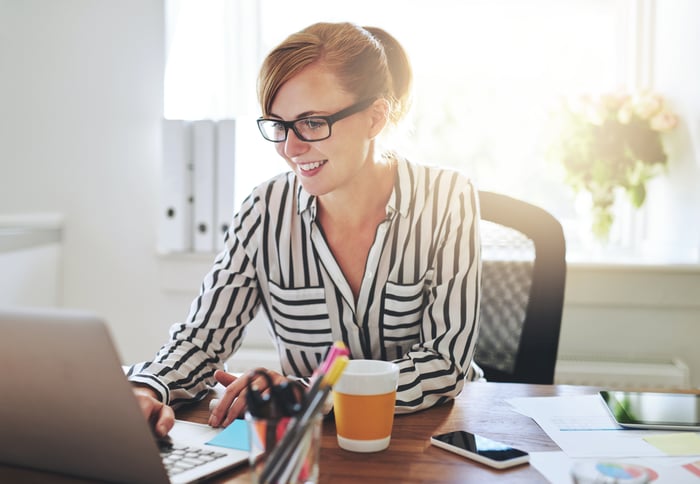 Rather, today's move appears to be mainly driven by weakness in technology stocks. The tech-heavy Nasdaq is down by nearly 3% as I write this, and many young, high-growth companies like Upwork are also taking a pounding, despite a general lack of negative headlines. It's been a rough month or so for the tech sector, and the volatility doesn't appear to be over just yet.

Upwork's initial public offering was priced at $15 per share, and the stock rocketed upward by as much as 50% on its first trading day; since then, the stock has come back down to earth. However, the important takeaway is that today's move doesn't have anything to do with Upwork's business. There's nothing that happened today that makes the intrinsic value of Upwork 11% lower than it was yesterday.

To be clear, if the tech-sector volatility continues, it's possible that Upwork could fall even further. After all, even after the post-earnings dip and today's double-digit decline, Upwork is still up 13% from its IPO price. If you didn't get in on the IPO and were waiting for a better entry point into this early leader in a high-potential market, now could be a good opportunity.

Why Upwork Stock Just Went Down Instead
401%