Please ensure Javascript is enabled for purposes of website accessibility
Log In Help Join The Motley Fool
Free Article Join Over 1 Million Premium Members And Get More In-Depth Stock Guidance and Research
By Daniel Miller - Nov 19, 2018 at 10:33AM

When a notorious short-selling research organization puts out a positive report for a company, investors take notice. Here's what you need to know.

Shares of NIO Inc. (NIO 4.47%), a designer and manufacturer in China's premium electric vehicle market, are popping 12% as of 10:58 a.m. EST after a positive report from Citron Research, which is largely known for short-selling stocks.

After switching its Tesla stance to a bullish thesis in October, Citron sees a similar thesis with NIO. Including today's 12% jump, the stock trades at just under $8 per share, but Citron's report sees little resistance on its way to $12 per share thanks to compelling products, strong management, and incredible brand image. Said Citron in a note to investors Monday:

With that in mind [reversing his negative opinion on Tesla], we introduce NIO, and explain the real story that Wall St. has totally missed. Just like Tesla was not a simple U.S. electric car story, NIO is so much more than just a Chinese electric car story. NIO's visionary management is revolutionizing the high-end auto industry in China. 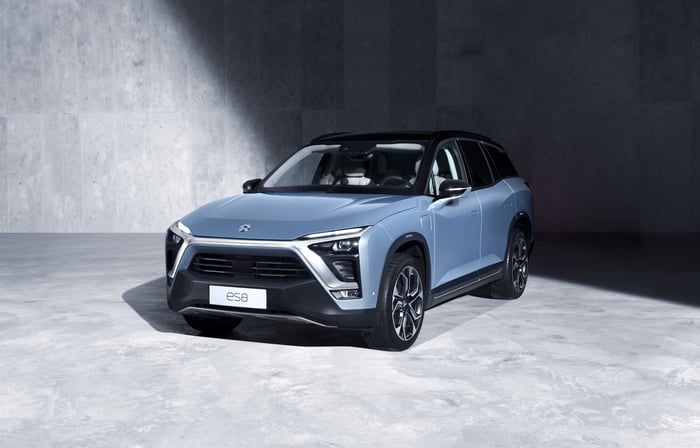 NIO will be an incredibly intriguing investment for a number of reasons. One reason is simply because the Chinese government has significantly backed the development of its electric vehicle market to help battle its pollution problems -- it's one of the country's top priorities. In fact, the government has made it difficult and expensive to get a driver's license for a traditional combustion vehicle in major Chinese cities, while licenses for EVs are free and open to anyone.

But as Citron also points out, many investors are unaware how powerful the company's brand image is in China. NIO has become a lifestyle brand for a new generation of Chinese consumers. Its dealerships, known as NIO Houses, are as much social clubs -- with lounge areas, meeting spaces, work labs, and open kitchens -- as they are sales hubs. When a notorious short-selling research company puts a positive spin on a potentially lucrative company such as NIO, it's definitely enough to get investors interested, and that's plenty of motivation for today's 12% pop.