Please ensure Javascript is enabled for purposes of website accessibility
Log In Help Join The Motley Fool
Free Article Join Over 1 Million Premium Members And Get More In-Depth Stock Guidance and Research
By Jeremy Bowman – Nov 19, 2018 at 11:24AM

Shares of the household-products maker sold off on a weak earnings report.

Shares of Spectrum Brands Holdings Inc. (SPB -1.70%) were falling today after the parent of household-product brands like Rayovac, Remington, and Iams posted a disappointing fourth-quarter earnings report. As of 11:12 a.m. EST, the stock was down 19.3%.

Organic sales increased 0.4% in the period, and overall revenue was unchanged at $787.8 million, but that missed estimates at $801 million. Its home and garden and global pet supplies segments were particularly weak, seeing revenue fall 6.2% and 2.3%, respectively. 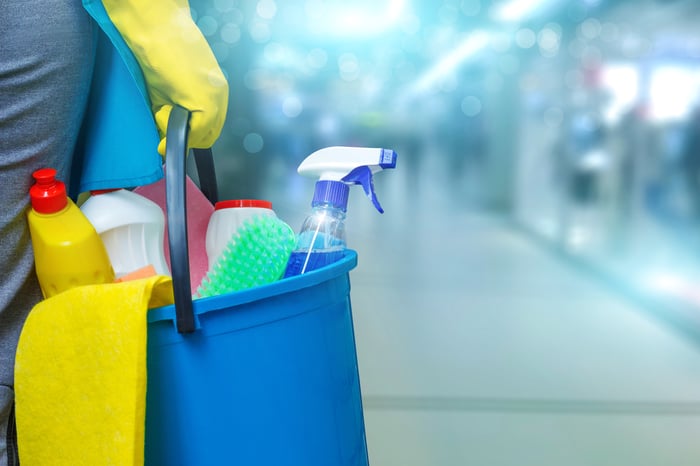 Gross margin in the period fell from 39.3% to 36.8% due to start-up inefficiencies at two facilities, a problem that weighed on the company earlier in the year, as well as higher input costs and an unfavorable sales mix. That led to adjusted earnings per share declining to $0.79 from $0.85, which was much worse than expectations of $1.08.

2018 was a busy year for Spectrum, as the company merged with majority shareholder MRG Group, and the company sold its battery and lighting business to Energizer Holdings (ENR -3.59%) earlier this year. Just last week, Spectrum said it would sell its auto-care business to Energizer for $1.25 billion, which sent Spectrum stock down sharply as well.

Against this backdrop, CEO David Maura said, "During the year, we completed or entered meaningful transactions and made significant management, operational and strategic changes and investments that are expected to create a more focused and financially stronger business that is well positioned for the future."

Investors don't seem to agree with Maura's assessment, and the company's outlook for 2019 did little to assuage their concerns. Management called for meaningful sales growth from continuing operations in 2018 but projected full-year adjusted EBITDA of $560 to $580 million, which was below the analyst consensus at $635.8 million.

Spectrum shares hit a five-year low on the news, as the company's turnaround has yet to yield the desired results. Considering the broader headwinds against legacy consumer brands, Spectrum stock could continue to struggle.