Find out why Disney, Nike, and Home Depot top this list of cash-rich businesses.

A company's earnings number usually captures investors' attention when they're assessing the strength of a business. However, rising net income doesn't always mean better operating results. In recent quarters, for example, most major companies have reported spiking earnings that are driven by falling tax expenses.

Robust cash flow is a more reliable indicator of a healthy business, and it also better translates into persistent financial strength. A fiscal year's earnings, after all, can often be wiped out by a single writedown or restructuring charge. Cash flow is more readily available to direct back into the business, meanwhile, or to spend on direct returns like dividends and stock repurchases.

With that in mind, let's take a look at a few particularly strong cash-generating companies. 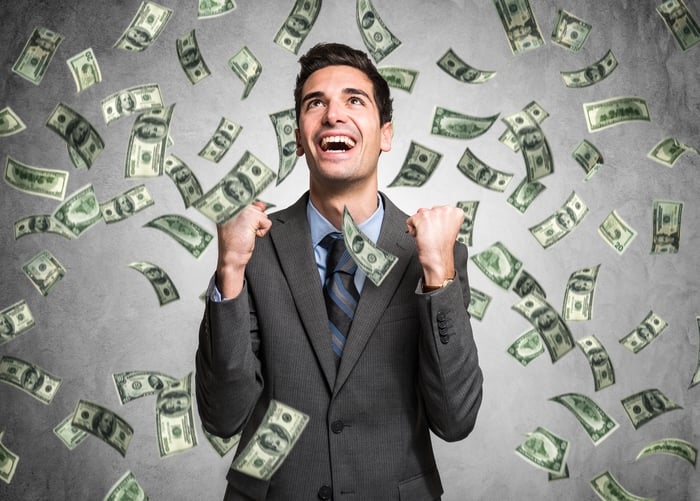 By virtue of valuable assets like market-thumping profitability and its dominant hold on the home-improvement industry, Home Depot (HD 0.92%) earns far more cash than it requires to run its retailing business. Operating cash over the last nine months crossed $10 billion, in fact, compared to $9.7 billion in the year-ago period.

Home Depot has a stable physical shopping base, and its main investment priorities, store upgrades and e-commerce, don't require lots of cash. Capital expenditures so far this year have been $1.7 billion, leaving over $8 billion for the company to direct toward other projects that promise high returns. These days, those avenues include aggressive stock repurchase spending that's projected to reach $8 billion (with help from cheap debt) in 2018 alone. Its healthy cash flow also allows the retailer to deliver a high proportion of earnings, 55%, back to investors in the form of dividends.

If a company can reliably direct increasing amounts of cash toward productive ends, it should generate market-thumping returns for investors over the long term. Disney (DIS -0.15%) is a great example of that powerful financial process at work.

The entertainment giant recently closed a fiscal year that saw operating cash jump 16% to over $14 billion. There was no shortage of high-return investment opportunities for the House of Mouse this year, either. They included a theatrical release slate highlighted by several global blockbusters, Disney's growing theme park in Shanghai, China, and an over-the-top content service for ESPN sports fans.

Cash growth has allowed Disney to make aggressive acquisitions in the past such as Marvel, Pixar, and Lucas Film. However, the company is entering its biggest period of investment yet as it closes its deal to purchase 21st Century Fox assets while pouring cash toward its own streaming service. Assuming these initiatives work out reasonably well, they'll likely position Disney for even better growth ahead.

A return to growth in the key U.S. market helped Nike's (NKE) operating cash flow jump to nearly $5 billion in fiscal 2018 from $3.8 billion in the prior year. Among the key wins the sports apparel giant managed was improving gross margin, a better inventory balance, and surging sales in its direct-to-consumer business.

The cash bonanza is helping Nike extend its lead over smaller rivals through marketing and branding spending, which was $3.6 billion last year. It's also allowing the company to make more aggressive changes to its innovation platform and pour resources into the attractive e-commerce niche. "Nike's unrivaled scale and resources," CFO Andy Campion recently explained to investors, "affords us the ability to over index on investing in these differentiating capabilities while still delivering expanding profitability."

The same can be said for Disney and for Home Depot, as all three of these companies' management teams understand how critical their capital allocation strategies are to their long-term growth prospects.